For the first time ever, Suriya will be joining hands with Malayalam superstar Mohanlal and the real life couple Arya and Sayyeshaa for their next, Kaappaan. The crew working on the film was impressed by the humility of the Tamil superstar Suriya. A picture of the actor serving biryani for the entire crew has gone viral on social media. 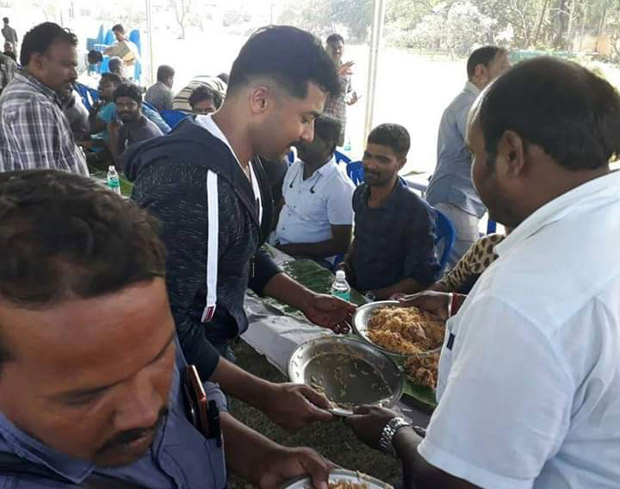 Fans of Suriya have been gushing about the humble nature of their favourite idol on social media. They have been sharing a picture of Suriya serving biryani to the crew of Kaappaan and also been appreciating him for the gesture.

Recently, the makers announced that Mohanlal has wrapped up the film and the production company Lyca Productions too shared the picture of the wrap.

On the other hand, coming to the film, Mohanlal Suriya and Arya are coming together for this K.V. Anand directorial for the first time. Also, Arya and Sayyeshaa have recently announced their engagement and will be tying the knot next month. The film also stars popular Bollywood actor Boman Irani and in a first move of sorts, brings together three fraternities - the Malayalam, Tamil and Hindi film industry.

Coming to Suriya, the actor is also super excited about the forthcoming film NGK which also stars Sai Pallavi, Rakul Preet Singh amongst others. The actor also shared a teaser of this film earlier this month.