Bollywood music has a following not just in India but around the world as well. While some participate in different types of covers on Indian music, some just love the music even with the language barrier. And the same thing happened with South Korean group KARD when they came to India and danced on Kartik Aaryan's song 'Bom Diggy Diggy' from his film, Sonu Ke Titu Ki Sweety. 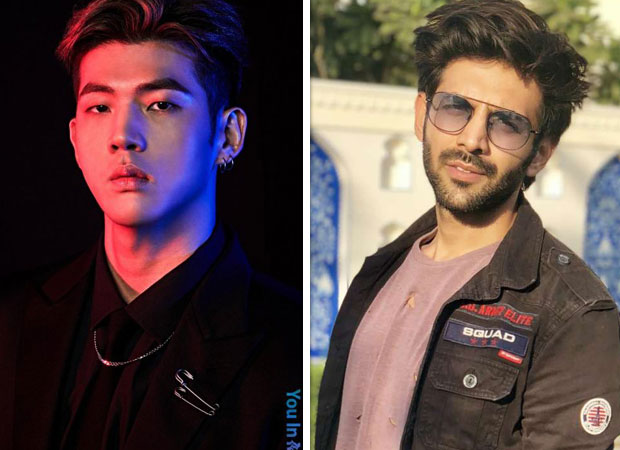 South Korean idol group, KARD, performed in two cities in India - New Delhi and Guwahati - last week. During their New Delhi concert, they had a segment when their lead rapper BM aka Big Matthew freestyled on Kartik Aaryan's song 'Bom Diggy Diggy'. And his moves were slick. The audience could not stop cheering for him as he showed off amazing moves on the song. It was basically Kpop meets Bollywood and the fans were delighted to see it. The video was posted by the rapper himself on his Instagram. He wrote, "I love what i do. Thank u Guwahati and New Delhi???? a lil freestyle from the Delhi show."

I love what i do. Thank u Guwahati and New Delhi???? a lil freestyle from the Delhi show????

KARD is a co-ed idol group consisting of members BM, Jiwoo, J.Seph and Somin. The concert, organized by Pinkbox Events, took place on July 12 at Talkatora Stadium in New Delhi.

Meanwhile, on the work front, Kartik Aaryan has many projects in the pipeline including Imtiaz Ali romance drama, Pati Patni Aur Woh and Bhool Bhulaiyaa 2.