A week ago, it was revealed that Akshay Kumar was the only Indian actor to be featured in Forbes’ annual Highest-Paid Celebrities list. After 2016, American singer Taylor Swift has topped the list after 2016. And Akshay's wife, Twinkle Khanna says that he isn't happy being on the list so he decided to make a quick 100 pounds. 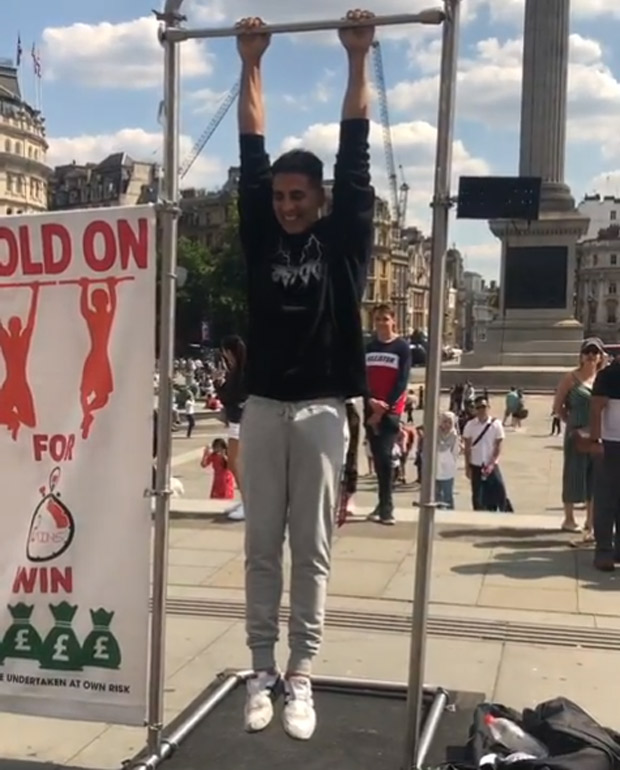 Akshay Kumar and the family are currently on vacation in London. Meanwhile, the actor decided to play this game where he has to hang on a pull-up pole for some time to earn 100 pounds. Twinkle Khanna was quick enough to quip about how he wanted to make some money and shared a video which had the caption that read, "Just hanging in there! Not happy with hitting the Forbes list- he wants to make a quick 100 pounds here as well :) #GoofingAround."

Just hanging in there! Not happy with hitting the Forbes list- he wants to make a quick 100 pounds here as well :) #GoofingAround

As per Forbes’ new list, Akshay Kumar grabbed 33rd spot with the earnings of $65 million in the last year. He has defeated some of the biggest names including Tiger Woods, Rihanna, Jackie Chan, Bradley Cooper, Justin Timberlake, Adam Sandler, Travis Scott, Kevin Hart among others.

Meanwhile, on the work front, Akshay Kumar has many projects in the pipeline. The actor will be next seen in Mission Mangal followed by Housefull 4 which is set for Diwali release. He will be starring in Good News which is set for December 2019 release. Next year, the actor has Laxmmi Bomb and Sooryavanshi. He will also star in Amazon Prime’s original series.