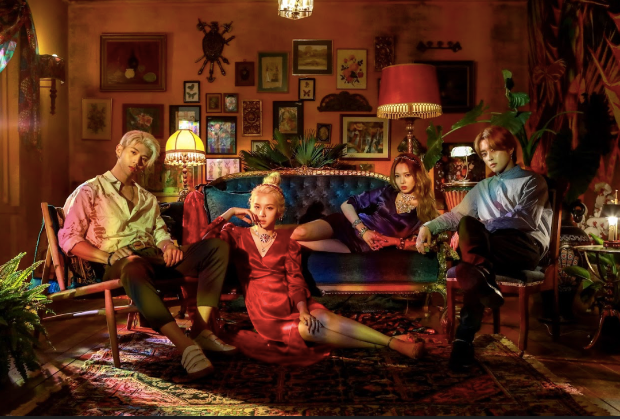 KARD is a co-ed idol group under DSP Media consisting of members BM, Jiwoo, J.Seph and Somin. The group gained a huge fan following even before their debut with the ‘K.A.R.D Single Project – Vol I, II & III’ under which hits like ‘Oh na na’, ‘Don’t Recall’ and ‘Rumour’ broke the charts. KARD officially debuted with their 1st mini-album 'Hola Hola' in July of 2017. Since then, the group has released 2 more mini-album ‘You and Me’ and ‘Ride on the wind’ and their latest digital single ‘Bomb Bomb’ which was released this March.

The group won ‘Rookie of the Year Award’ at Asia Artist Awards in 2017 and ‘New Wave Award’ the following year. KARD was also the ‘Seoul Global Ambassador’ in 2017.

KARD has been doing their Global Tour since 2017 to countries like US, Canada, Brazil, Mexico, Japan, UK, Italy, etc. The upcoming concert will be KARD’s debut performance in India as well as their first visit and interaction with Indian fans.