Well, we all know that the household of megastar Rajinikanth is buzzing with all the celebrations, courtesy the lavish marriage of his second daughter Soundarya Rajinikanth. The latter is tying the knot with businessman-actor Vishagan Vanangamudi in a traditional South Indian ceremony today. While the pictures from the wedding have already started doing the rounds on social media, here’s a glimpse of the videos too. 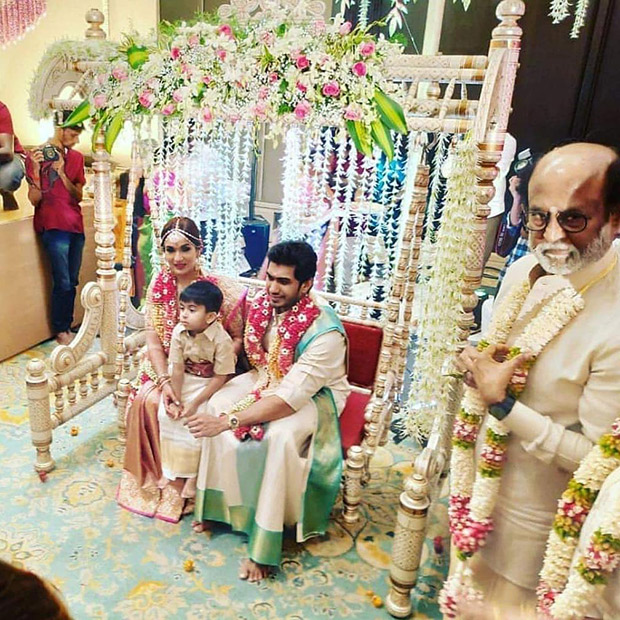 The ceremonies of the Soundarya Rajinikanth – Vishagan Vanangamudi wedding had kicked off lst week itself. The South megastar hosted a pre-wedding reception last week wherein the actress looked gorgeous as the quintessential bride. Followed by that ceremony, the family hosted a Mehendi bash wherein she was seen wearing blue embroidered couture and looking as elegant as ever. Soundarya herself shared some pictures with her ‘favourite’ men – her father Rajinikanth, her husband Vishagan and her son Ved on twitter. 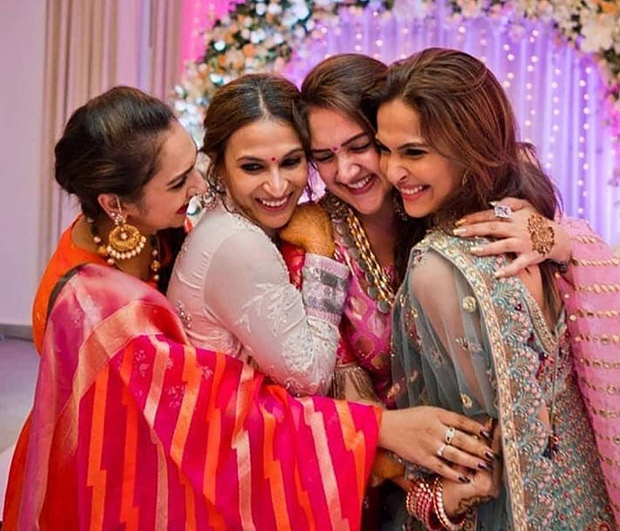 Later, the functions include Mapillai Ezhupa and then a wedding that took place in Chennai today. Not surprisingly, the later saw many high profile guests including South superstar Kamal Haasan who made his presence felt by not only sitting next to the proud father of the bride but also having an intense discussion with his colleague. 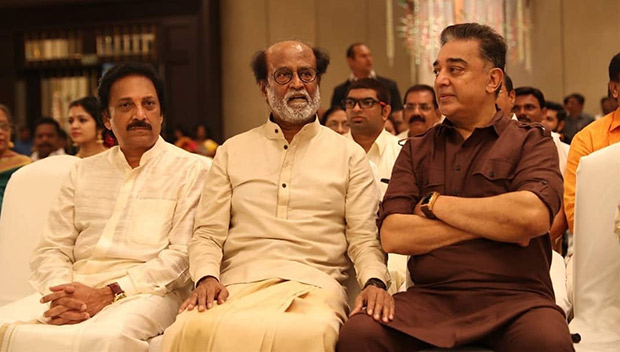 Not surprisingly, pictures from various ceremonies have gone viral. While official Instagram handles have been sharing glimpses of the ceremonies, fans and guests at the wedding too have been posting many pictures on social media. Here are a few of them that we came across: 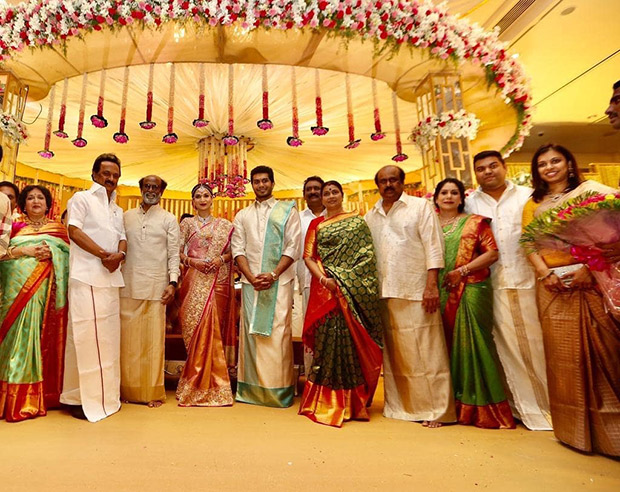 #Thalaivar #Superstar #Rajinikanth's daughter Soundarya-Vishagan wedding happening in a grand way in Leela Palace in Chennai now. A relieved father in Thalaivar can be seen in all the pics & video. Fans too happy #Superstar #rajinimpact

Also yet another interesting fact is that the happy father Rajinikanth was seen dancing wholeheartedly during one of the wedding bashes. The megastar was seen grooving to one of the chartbusters picturized on him, ‘Oruvan Oruvan’ from the film Muthu.