Last Updated 20.09.2021 | 9:13 PM IST
feedback language
follow us on
Bollywood Hungama » News » Bollywood Features News » Sonam Kapoor CONFESSES that she had to get Fawad Khan for Khoobsurat because no actor was ready to work with her!

From Saawariya to Ek Ladki Ko Dekha Toh Aisa Laga, it has been a long journey of over a decade for Sonam Kapoor in the Bollywood industry. While she is on a personal and professional high, one of the reasons being her wedding with businessman Anand Ahuja, the actress looked back into her journey and spoke about what happened during the making of the film Khoobsurat. Readers would be aware that Pakistani actor Fawad Khan made his Bollywood debut with this film and the actress cited that the reason behind it was because no one wanted to work with her. 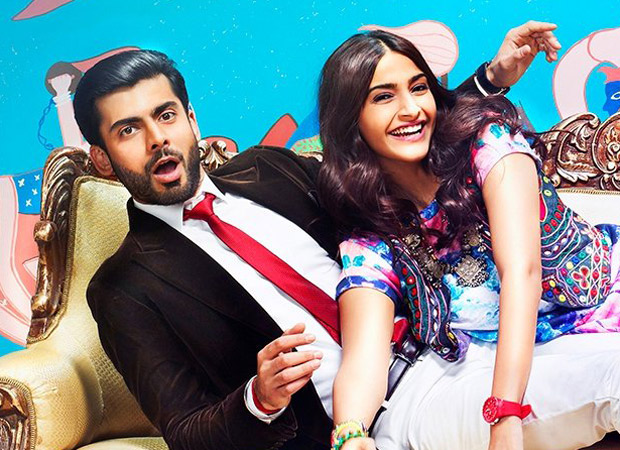 Speaking about her struggles in the industry, Sonam Kapoor revealed that she had to audition for almost every film that she has done. Explaining about how people often felt that she has been born with a silver spoon, she mentioned in reports that she auditioned for Saawariya, Delhi 6 amongst others. While she did agree that she got her first meeting fast which was a benefit of her hailing from the film family, she further stated that she has worked hard for all her films.

Furthermore, talking about Khoobsurat, Sonam Kapoor reminisced about the time she struggled to finish Aisha which was produced by her sister. When Khoobsurat came along and she decided to do it, the actress maintained that leading actors didn’t want to do the film because of its title and it was only Fawad Khan who was confident enough to take it up. So she got him from Pakistan! And added about how he eventually became a huge star.

Coming to her current projects, after Ek Ladki Ko Dekha Toh Aisa Laga, Sonam Kapoor will be concentrating on The Zoya Factor which features Malayalam superstar Dulquer Salmaan. The film is an adaptation of the book by the same name, written by Anuja Chauhan. The actress is expected to play the role of an advertising executive who turns out to be the lucky charm of the Indian cricket team. The film is expected to hit the theatres on September 20 this year.

ALSO READ: Sonam Kapoor and Anand Ahuja take off on a Japan trip together and the photos spell romantic and fun!