Sonam Kapoor and Anand Ahuja, who are often busy with their work commitments, decided to take some time off with each other and visited the picturesque Japan recently. Before diving into The Zoya Factor further, Sonam planned this lovely trip with her doting hubby and needless to say, she posted photos on Instagram. Not just her but even her husband Anand Ahuja posted some of their Japan shenanigans on the social media platform. 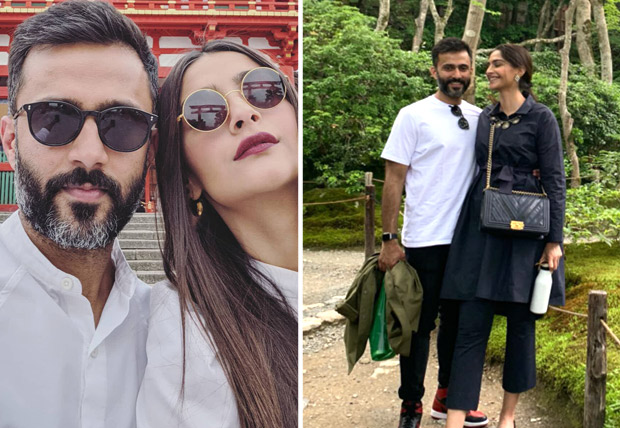 Sonam Kapoor and Anand Ahuja take off on a Japan trip together and the photos spell romantic and fun!

While Anand Ahuja shared Instagram stories of them turning tourists in Japan, Sonam Kapoor shared some lovely romantic photos as well as some pictures of some beautiful locales on social media. She kept captioning them as Day 1 and Day 2, giving her fans glimpses of her holiday.

On the work front, Sonam Kapoor will next be seen in The Zoya Factor, in which she essays the role of an advertising agency executive who turns out to be the lucky charm of the Indian cricket team. The actress is paired opposite South superstar Dulquer Salmaan who plays the role of the Indian cricket captain in the film. Based on Anuja Chauhan’s novel by the same name, the film is directed by Abhishek Sharma and it is slated to release on September 20.

Also Read: Sonam Kapoor Ahuja is all smiles as she poses with Karisma Kapoor and Malaika Arora on her birthday