Sonam Kapoor has always spoken for women and has championed the cause of feminism in Bollywood. She always has always maintained that she is unapologetically a feminist and there are no two ways about it. Recently, her choices of movies have started to reflect this. She is gearing up to impress us with Veerey Di Wedding in June and was last seen in Akshay Kumar’s Pad Man. She is getting rave reviews for her role and she is on both personal and professional high. Currently, she is in Dubai to celebrate the wedding to her cousin Mohit Marwah to Antara Motiwala. Her beau Anand Ahuja too has accompanied the family for the big fat wedding. Amidst this, we chanced upon a video where Sonam is seen blasting a reporter for asking her a question about her alleged feud with Deepika Padukone. 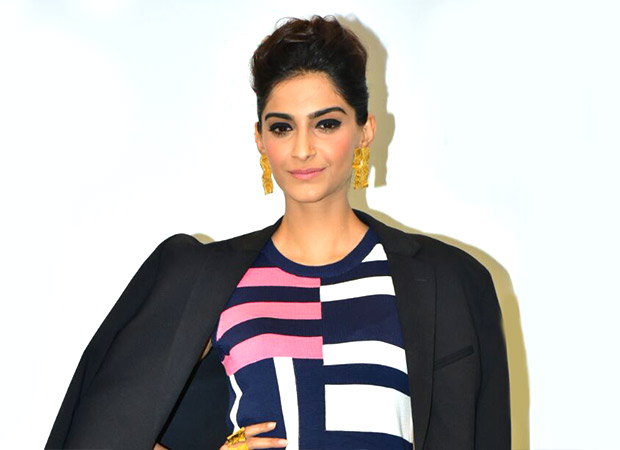 Grapevine was abuzz with stories of certain iciness between Sonam and Deepika. Just then, Deepika’s Instagram boomerang of she participating in the Pad Man challenge got mysteriously deleted from Sonam’s account. The reporter asked her about the same to which she replied that actually, it was a technological glitch which led to this goof up. Though she offered a very buyable explanation, she was irritated because the woman reporter pulled another woman (Sonam) down accusing her of fighting with a co-actress (Deepika). Now we understand the Pad Man actress’s point and subscribe to her, Be a true Woman, Support A Woman ideology. Kudos for bringing in this culture, Sonam.

Aside from this, Sonam is in news for her alleged impending wedding in June with Anand. Bollywood Hungama had reported that the family is totally gung ho about Anand and Sonam too is madly in love with him. So, there is no reason why this wedding won’t happen soon! Maybe they too would follow Virat Kohli and Anushka Sharma and get hitched secretly?