Akshay Kumar's recent outings have been all about social issues and real-life stories. It’s been a while since Akshay Kumar has taken on a full-on action-packed role. The actor will be soon in Kesari as Havildar Ishar Singh, the leader of the 1897 Battle of Saragarhi. 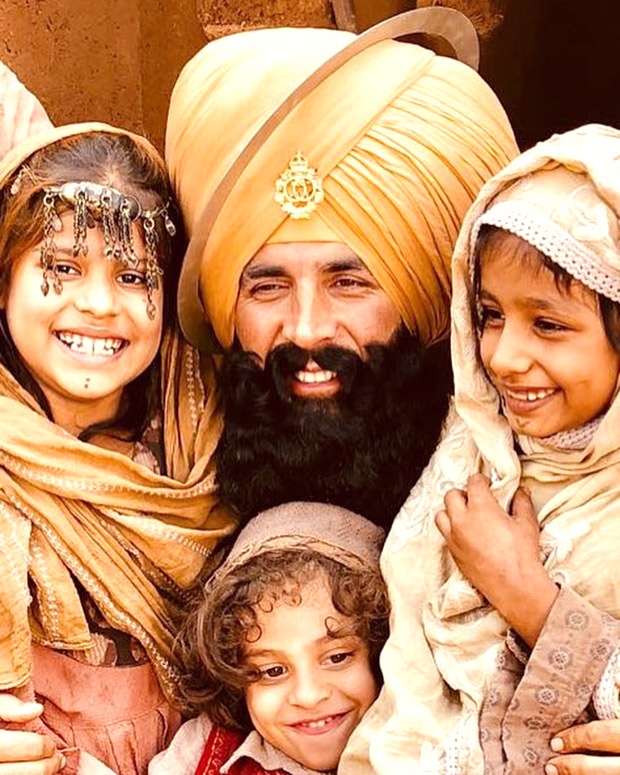 The shooting began last month in Satara with Akshay Kumar. Just recently, the actor shot with some scenes with kids. They posed sporting their innocent smiles galore on set with Akshay. They are essaying the role of Aghani kids in Kesari based on the Battle Of Saragarhi, one of the bravest battles fought in India. Sporting his traditional look with an orange turban, Akshay was smiling with kids while posing for the cameras.

We had reported earlier Akshay will be learning traditional artillery, sword fighting and Gatka (an Indian martial art form associated with the Sikhs of the Punjab region) for Kesari. According to the reports, a huge set has been set up in the beautiful Wai in Satara where large forts of Saragarhi and Gulistan are being recreated. The makers have a plan to begin filming the crucial sequences before summer arrives.

Produced by Karan Johar and directed by Anurag Singh, Kesari will feature Akshay Kumar in the role of Havildar Ishar Singh who led the Sikh army against the Afghans in this 1897 battle. The film also stars Parineeti Chopra in the leading role.