Celebrities are subjected to trolling on a daily basis and while they ignore it on most days, there are some days where they cannot help but give a befitting reply. Sonam Kapoor Ahuja has always been one of the few actresses that never minces her words and is an opinionated one when it comes to her views. Recently, Sonam Kapoor Ahuja took to her Instagram to call out on a social media influencer from America who addressed her husband, Anand Ahuja, as ‘the ugliest’.

Even though she did not want to tag the said person because they clearly did it for attention, she did it in hopes that they would be kinder to the others on that day. The influencer in question called Sonam a product of nepotism and said, “You think your husband is hot? I think you should look at him once more cuz he is the ugliest.” After sharing the vile things said to her by this person, Sonam Kapoor Ahuja also shared the positive messages sent to her by her fans asking her to ignore the negativity.

Take a look at Sonam’s reply. 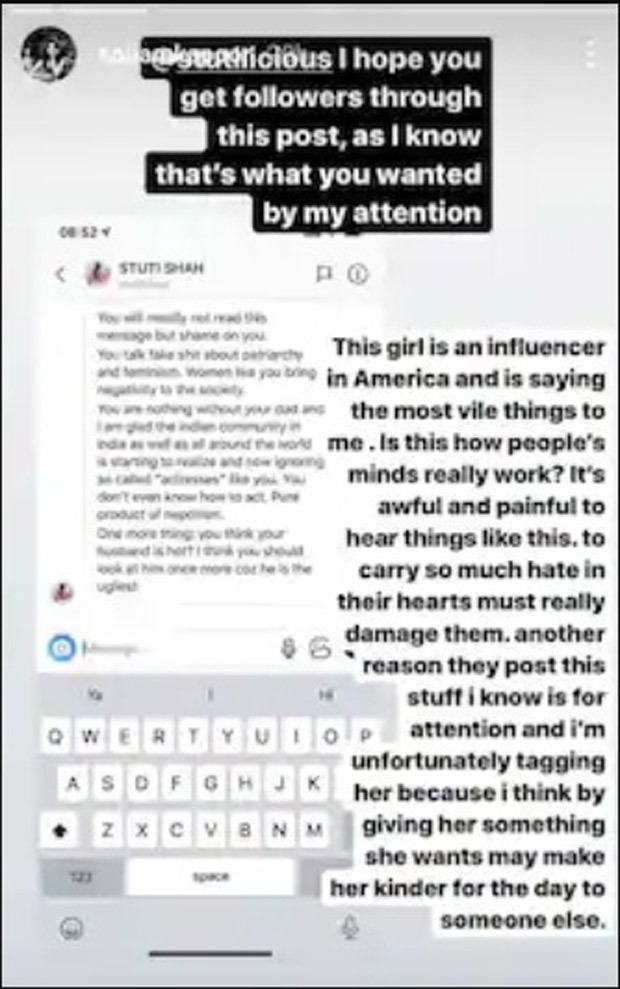 Sonam is currently spending quality time with her husband in London and was last seen in The Zoya Factor.