Rhea Chakraborty was recently arrested by the Narcotics Control Bureau for procuring drugs for the late actor Sushant Singh Rajput. The actress has been put under judicial custody for 14 days and will have a bail hearing today. Along with Rhea’s arrest, a revolution on social media has begun to ‘smash the patriarchy’ and a lot of celebrities have stood in support of Rhea Chakraborty. Kangana Ranaut, who’s office’s recent demolition of the illegal portions was conducted by the BMC, has recently taken over her social media accounts and has been lashing out at people for not supporting her. 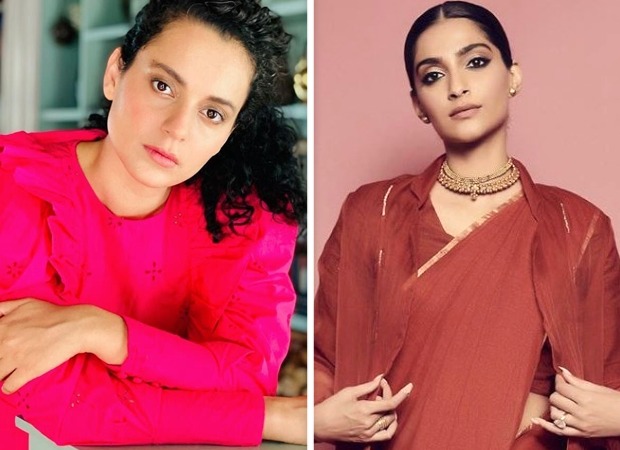 When Sonam Kapoor tweeted, “An eye for an eye makes the whole world blind.”; Kangana Ranaut called her out for the same whilst addressing Rhea Chakraborty as a small time druggie. She wrote, “All of sudden mafia bimbos have started to seek justice for Rhea ji through my house tragedy, my fight is for people don’t compare my struggles to a small time druggie who was living off a vulnerable and broken, self made super star, stop this right away.”

Kangana Ranaut has recently had a police complaint filed against her for defaming the Maharashtra Chief Minister, Uddhav Thackeray.