Boney Kapoor and daughters Janhvi Kapoor, Khushi Kapoor and Anshula Kapoor have taken off to Singapore to bring in Anshula's 26th birthday. The family wanted to take some time off and have planned a special surprise for Anshula. 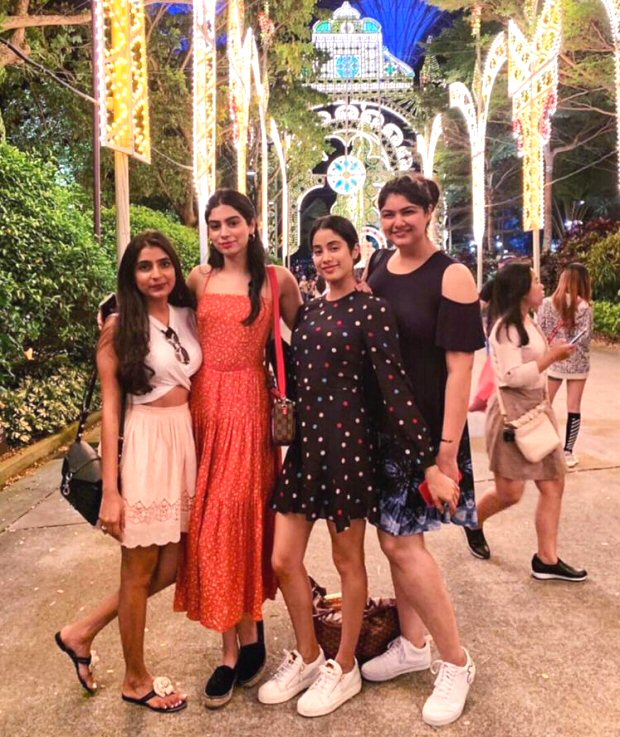 Says a source, "It's been a busy time for Janhvi who has been shooting and promoting her film as well as prepping for her next. She even completed the look test and poster shoot for the Gunjan Saxena biopic before taking off for Singapore. The family plans to spend some quality time together and celebrate Anshula's birthday with a much deserved holiday".

To flag off the celebrations, the girls hit the town last night and enjoyed a night out in off-duty vacation attire. Doting brother Arjun Kapoor will soon join the family in the Garden City. Anshula shared a picture and captioned it, "M I N E ???? #BirthdayWeek."

After making debut with Dhadak, Janhvi Kapoor is part of some of the biggest films next year including Karan Johar's Takht & the Gunjan Saxena biopic with other interesting announcements in the pipeline.