While Salman Khan will be celebrating his birthday very soon, the superstar’s mother recently turned a year older. A day ago, the Khan household was busy in celebrating Salma Khan’s 80th birthday bash in a rather grand manner. While the children, Arbaaz Khan, Sohail Khan, Alvira Khan, and Arpita Khan including Salman Khan have not shared any glimpses of the bash, singer Harshdeep Kaur who was a part of the guestlist gave social media users a sneak peek into the party. 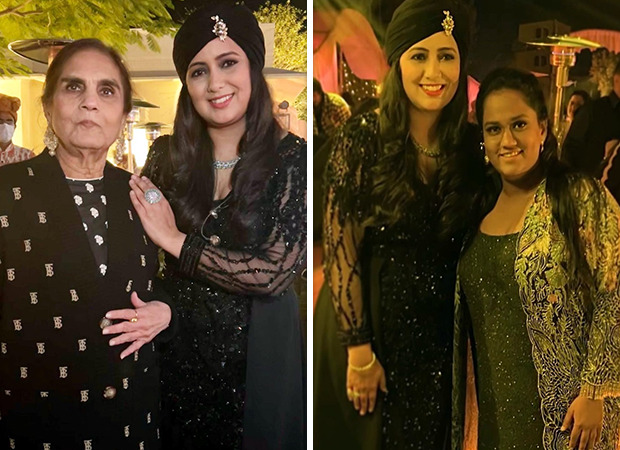 Along with sharing photos with the birthday girl Salma Khan, Harshdeep Kaur also posed with daughter Arpita Khan Sharma, Alvira Agnihotri, and Helen. Readers would be aware that while Salma Khan is writer Salim Khan’s first wife, Helen is his second wife. Going by the photos, it seems like the theme of the bash was black as the guests and hosts were dressed in the same colour.

Harshdeep also posted a note expressing her gratitude towards hosts Arpita and Alvira as well as talking about how she enjoyed the bash. She wrote, “It felt so special performing for the lovely Salma Khan Ji on her 80th Birthday Celebrations! The sweetest @arpitakhansharma & Alvira being amazing hosts made me feel like a part of the family. Also meeting Helen ji and making her dance on her legendary songs was the cherry on the cake ?? Thankful for all the love & warmth.” She also took to the stage to perform on many of her popular chartbusters.

For the unversed, Harshdeep Kaur is a popular playback who is known for songs like ‘Katiya Karoon’ (Rockstar), ‘Heer’ (Jab Tak Hai Jaan), 'Zaalima' (Raees) and ‘Dilbaro’ (Raazi). She has also done playback singing for some of the popular Salman Khan movies like Prem Ratan Dhan Payo and Sultan.