As we all know that while Amitabh Bachchan and Abhishek Bachchan have a great rapport as father and son, the megastar shares a beautiful relationship with his daughter. The actor has time and again expressed his love for the daughters in his family. Shweta Bachchan, who is now seen during many public appearances as well as has been a part of endorsements too, has too expressed the immense love and respect she has for her parents on many occasions. In a recent post, we got a glimpse of the real life father-daughter bonding as Amitabh shared a before and after photo of him with his daughter. 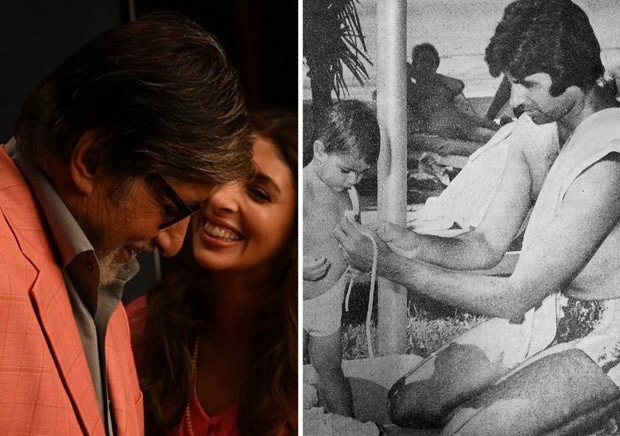 In this series of photos shared by Amitabh Bachchan on Instagram, the actor posted a monochrome photo against a beach backdrop as he is helping his little daughter to change into her swimwear. On the other hand, he shared another photo from a recent album of the two of them sharing a hearty laugh! Amitabh also expressed his feelings on how quickly his little daughter grew up to be a mother herself in the caption!

On the other hand, Shweta Bachchan was quite embarrassed to have her childhood photos on Instagram and commented on the photo too about it! 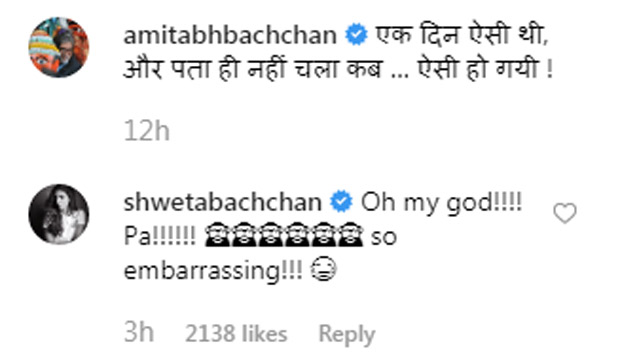 As for the work front, Amitabh Bachchan is a busy man with a series of films in the pipeline including the much talked about sci-fi superhero film Brahmastra. Besides that, the actor has Nagraj Manjule’s Jhund, the Ayushmann Khurrana starrer Gulabo Sitabo, Aankhen 2, the bilingual Tera Yaar Hoon Main amongst others.

Also Read: Amitabh Bachchan spotted on the sets of Gulabo Sitabo in his NEW and quirky avatar!