A fan page of actor-singer Shruti Haasan shared a throwback picture from the actress's childhood days. In the black and white picture, a young Shruti can be seen sharing the frame with singer Asha Bhosle who is intently listening to the former. 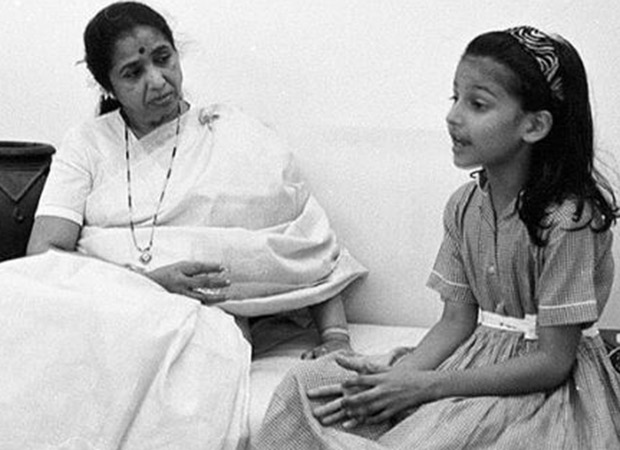 Shruti Haasan took notice of the picture and reposted it on her official handle. Shruti is seen in her school uniform. Recollecting the day, Shruti wrote, "I even remember this day and being so so nervous to sing in front of the legend herself ! Such a beautiful memory - Thankyou so much for sharing."

#Repost @shrutzlovez with @get_repost ・・・ Just a picture of @shrutzhaasan singing in her uniform I LOVE THIS PICTURE ???? I even remember this day and being so so nervous to sing in front of the legend herself ! Such a beautiful memory - Thankyou so much for sharing ????????❤️ @asha.bhosle

Meanwhile, on the work front, Shruti Haasan was last seen in the short film titled Devi. She was seen alongside actors like Kajol, Neena Kulkarni, and Neha Dhupia. She has also been paired opposite Vijay Sethupathi in Laabam which is scheduled to be released in the second half of 2020. She is also a part of the action-thriller Krack co-starring Ravi Teja and Samuthirakani in the lead roles.