It was earlier reported that Shruti Haasan has been signed for Pawan Kalyan's comeback film Vakeel Saab. The film is a remake of the Hindi film Pink starring Amitabh Bachchan in the lead. According to reports, Shruti Haasan will be seen playing the role of Pawan Kalyan's wife in the film. 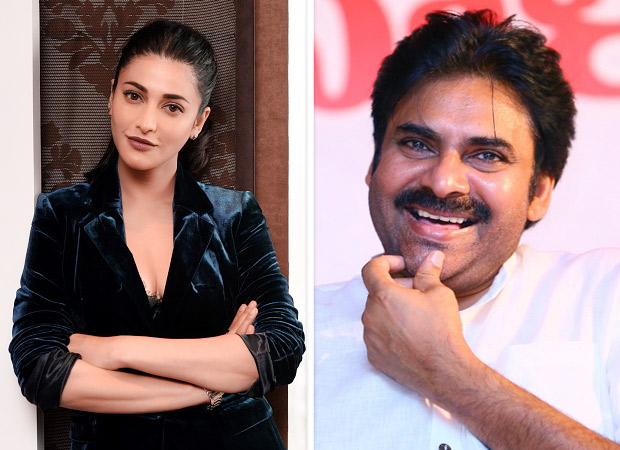 While the makers are tight-lipped about Shruti's character in the film, she will be seen as the Pawan Kalyan's wife in flashback sequences. The film which marks the comeback of actor Pawan Kalyan on the big screen after two years has been creating a buzz ever since it was announced. Recently, the makers unveiled the first look poster of the film and even released the first single titled ‘Maguva Maguva’.

Reportedly, apart from Pawan Kalyan's role, the entire theme of Vakeel Saab has been kept the same as Pink. The makers have added some mass elements and a fight has been added to Pawan Kalyan’s role in the film.

The shooting for Vakeel Saab is currently taking place in Hyderabad and is expected to wrap soon. The Telugu remake of Pink has actress Nivetha Thomas as its leading lady along with South actresses Anjali and Ananya in pivotal roles. The Pawan Kalyan starrer will be helmed by Venu Sriram and is bankrolled by Boney Kapoor and Dil Raju under the Projects LLP and Sri Venkateswara Creations banners.