Last Updated 02.06.2020 | 10:38 PM IST
feedback language
follow us on
Home » News » Bollywood Features News » Bollywood News Shraddha Srinath REVEALS what it was like to shoot for Milan Talkies and with Tigmanshu Dhulia and Ali Fazal

From being a Filmfare award winner down South to now making her Bollywood debut with Tigmanshu Dhulia, it has been quite a journey for Shraddha Srinath. While she has a huge and an interesting lineup of films coming up, one amongst them is her Bollywood debut Milan Talkies. It is indeed a different experience for the actress not only because of the change of language and dialect but it is a new industry altogether. However, while speaking exclusively to Bollywood Hungama the actress revealed that she was quite confident and comfortable, courtesy her team of Milan Talkies which includes director Tigmanshu Dhulia and co-actor Ali Fazal. 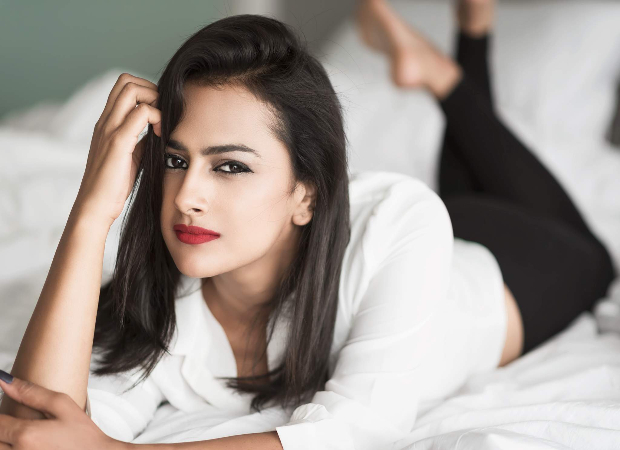 With Ali Fazal who has also tested international waters, Shraddha Srinath felt that the ice breaker was the way they bonded on music and food! “He is quite humble honestly despite being a part of such huge projects like Furious 7 and Victoria And Abdul. The ice breaker between us was music wherein we started exchanging songs with each other and would pass on interesting YouTube links of songs if we liked any. But besides music, it was food that we bonded on the most.”

During the same, the actress also confessed that even though she was supposed to follow a particular diet regime, the food dishes in Lucknow tempted her and she gave in to it. She revealed that she gorged on the delicacies in the Northern state and was more than happy to do so! Ask her, if the Northern kind of setup in the film posed as a challenge, the actress said that she was quite comfortable, courtesy Tigmanshu Dhulia.

Speaking about the language and dialect challenge, Shraddha said, “Not much. Initially, I was quite nervous that Ali was from Lucknow and had a good Hindi. Tigmanshu sir, Ashutosh Rana sir and others are also quite well versed with it. So I didn’t want to be left out in it. But when I approached Tigmanshu sir, he clearly told me that I should be speaking pure Hindi. Not that, it was any less of a challenge. I had to still make conscious efforts to speak fluent Hindi continuously for the film.”

It has been quite the transition for the actress with a completely new industry. But it seems that the actress instantly got comfortable in Bollywood as she didn’t feel there was much of a change between the two industries. “Honestly, I don’t find that much of a change. Whether it is this or that, the work of technicians or the director always remains the same. Of course, the work in Bollywood much more categorized and they have slowly started opting for the corporate style for working and hence, it looks more organized.”

She concluded by saying, “I obviously want my film to do well. I want everyone to see Milan Talkies but my expectations are very simple.”

Interestingly, Shraddha Srinath will also star in the remake of Pink in which she is expected to play the role of Taapsee Pannu. Her film titled Nerkonda Paarvai features Ajith in the role of Amitabh Bachchan.