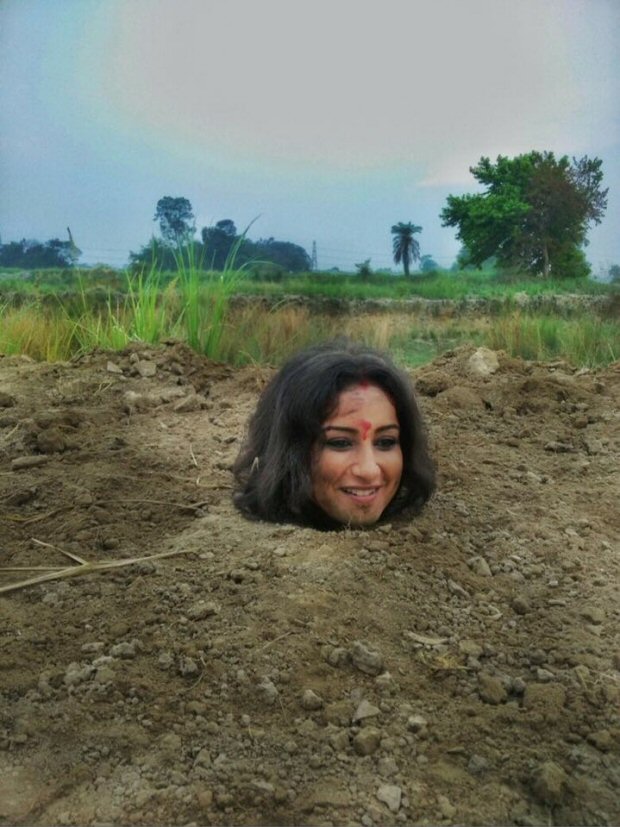 Some actors are known to go to any lengths to do justice to their performances. Divya Dutta is one such actor who’s always impressed viewers with her performance and getting into the skin of the characters that she’s portraying. But what she has done for the upcoming film Babumoshai Bandookbaaz will surprise you!

The actress agreed to be buried neck-deep in mud for a pivotal scene in this Kushan Nandy directed film. It is obvious that being buried in the ground is no cakewalk. Moreover, she has an acute fear of claustrophobia which she had to overcome to film the scene. What made matters difficult is that the scene was shot in an open land in the city of Lucknow in Uttar Pradesh and the day the scene was canned, the temperature was a staggering 45 degrees Celsius. Yet, Divya Dutta remained buried for as long as three hours. The crew of the film meanwhile pampered her in order to divert her mind from the situation that she was in. Interestingly, she managed to deliver one of the best shots of the film.

“I am not about giving a message on the…