Aadil Khan, received a lot of appreciation from the audience for his 2020 film Shikara, directed by Vidhu Vinod Chopra. The melodious former radio jockey who made it big as an actor is now going to be seen next in the series Special Ops. Special Ops is being directed by Neeraj Pandey, who has made some hit films like M.S. Dhoni: The Untold Story, Special 26, Baby. 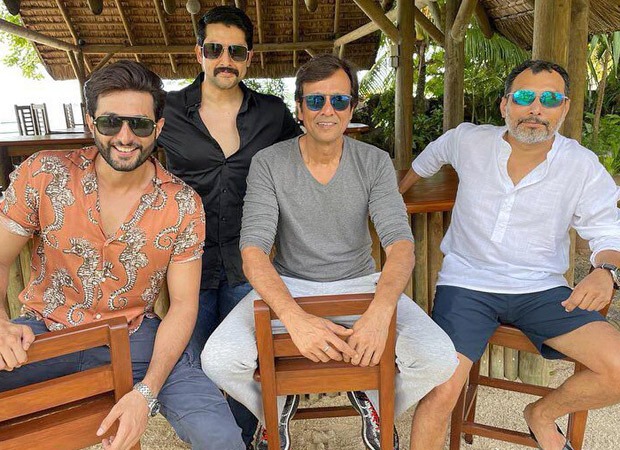 Aadil Khan recently made an announcement on Instagram regarding his upcoming project, the actor said, “Since I was small I have been a dreamer. And in life I have learnt that “The more you dream, the more you achieve”. I take immense joy to announce that I am now a part of the “Special Ops” franchise. I am at the top of my excitement right now and I am utterly grateful to Neeraj Pandey sir for letting me be a part of his Universe. I can’t describe the degree of talent and vision he possesses. There’s always so much to learn from him. I am truly blessed. Also the fact that I am working alongside the legendary Kay Kay Menon sir and Aftab Shivdasani is indeed one hell of an achievement for me. I thank Allah and I thank my mother whom I believe is constantly behind Allah making sure that I get the best in this world. This one, and everything else is for you Amma ❤️”

The excitement that Aadil Khan expressed regarding his upcoming film just makes us believe how amazing Special Ops is going to be. Special Ops is originally a Disneyplus Hotstar series that received immense appreciation and is renewed for another season in which Aadil Khan will be starring. Aadil Khan’s portrayal of Shiv Kumar in his previous film was critically acclaimed by people. This announcement just made fans very eager for the release.