Kriti Sanon is an absolute stunner. She never fails to impress people with her impeccable style. Kriti is a busy bee and juggling between several commitments! 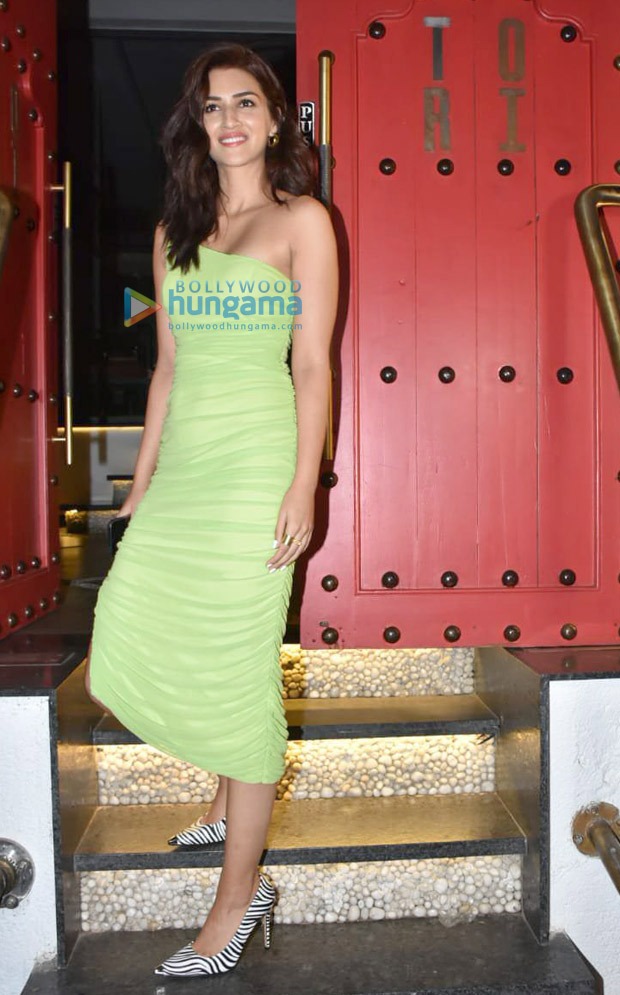 A day ago, Kriti Sanon was spotted at a restaurant in Bandra. It's the hotspot for the Bollywood folk. Kriti was seen wearing a ruched lime green midi dress. She styled the look with zebra printed heels. She kept her makeup dewy and hair in soft and messy waves. 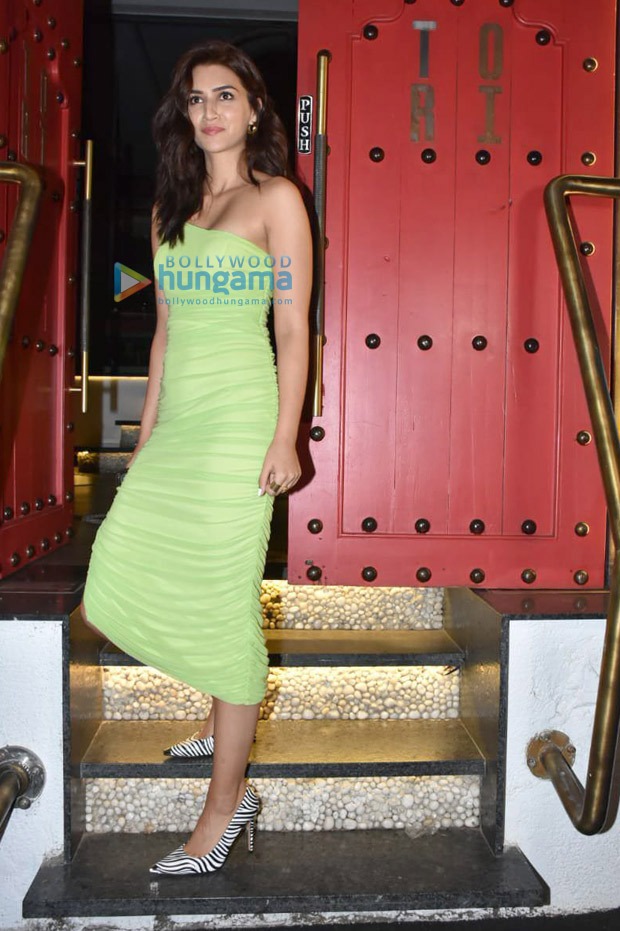 On the professional front, Kriti Sanon is working on the Sajid Nadiadwala film, Bachchan Pandey. The film also stars Akshay Kumar, Arshad Warsi, Prateik Babbar, and Jacqueline Fernandez. It is helmed by Farhad Samji and produced by Sajid Nadiadwala. It is all set to release on January 26, 2022. 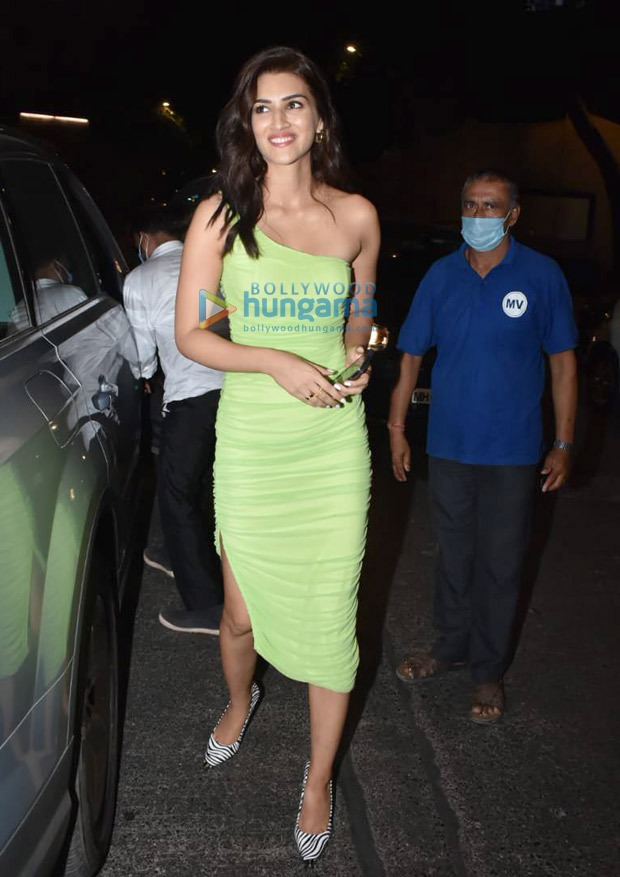 The actress will also star in Ganapath alongside Tiger Shroff. Her next is a horror-comedy Bhediya with Varun Dhawan and is set to release on April 14, 2022. She awaiting the release of Mimi and currently shooting for Adipurush with Prabhas and Saif Ali Khan.