We all know that Shahid Kapoor is super excited to play Kabir Singh in the romantic drama by the same name. Readers who have already watched Vijay Devarakonda starrer Arjun Reddy would be aware that this Bollywood remake will have the actor dealing with alcoholism and rage issues post a major heartbreak. It seems that it is this schedule that Shahid Kapoor is currently prepping for as he posted this photo on Instagram. 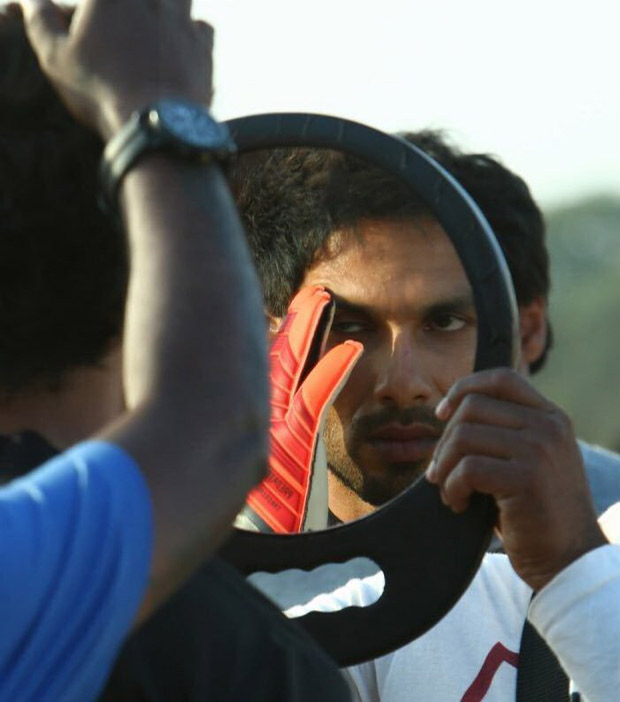 Shahid Kapoor shared this picture of him looking furious in between the shot as he is completely into the avatar of Kabir Singh. He even captioned it saying, “Prepping for the rage.” Going by that and his expression it seems that the actor is right in the midst of shooting an intense scene. As mentioned before, the film will feature Shahid as Kabir Singh with anger management issues who resort to alcohol and drugs after his separation with his girlfriend essayed by Kiara Advani.

Shahid Kapoor and Kiara Advani, who are coming together for the first time, are expected to shoot for the film extensively in Delhi and Mumbai. The film is a remake of the Telugu film Arjun Reddy and the Bollywood version too is directed by Sandeep Vanga, who helmed the original. The Telugu film went on to become a blockbuster and has also won many accolades for its raw appeal.

For the uninitiated, the Telugu film showcased Vijay Devarakonda as Arjun Reddy who despite being a medical student becomes an alcoholic as well as a drug addict after his girlfriend gets married to someone else. The film also features him dealing with anger management issues. Coming to the Bollywood version, while Arjun Reddy released on August 25, Kabir Singh is expected to hit the theatres on June 21 this year.