Neetu Kapoor has been away from India for almost 10 months now. The reason being that Rishi Kapoor has been undergoing treatment. While the actors have not revealed the disease he is being treated for, Neetu had hinted about cancer in one of her Instagram posts. The actress is now missing her kids Riddhima Kapoor Sahni and Ranbir Kapoor while she is in New York. 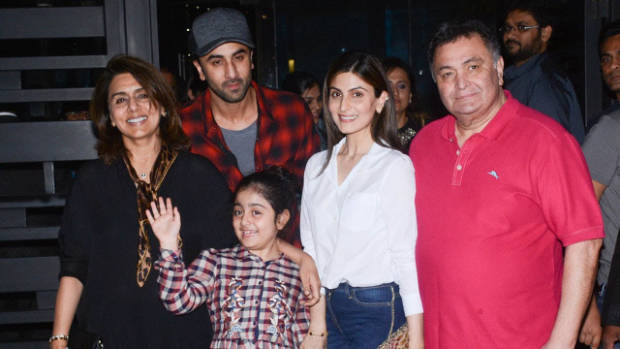 Ranbir Kapoor is currently in Mumbai shooting for Brahmastra and Shamshera simultaneously. The actor, who time and again flies to New York to spend time with his parents, has been completely engrossed in his work. The actor, last night, was seen at his girlfriend Alia Bhatt's birthday bash.

Riddhima Kapoor Sahni, on the other hand, lives in Delhi and has been busy with her jewellery business and family. She was in New York around. New Year's Eve. Sharing a collage of their photo, Neetu Kapoor took to Instagram and captioned the image, “Miss these snuggle bunnies. #lovethem #bestest.”

ALSO READ: Neetu Kapoor and Rishi Kapoor all set for their return to India