Parineeti Chopra and Akshay Kumar are currently on a promotional tour for their upcoming period drama, Kesari. The movie is based on the epic battle between 21 Sikh men and 10,000 Mughal soldiers. Kesari has already created a lot of buzz with its soul stirring trailer and groovy songs. The stars are travelling between states for some last minute promotions and they are making sure to make the most of it! 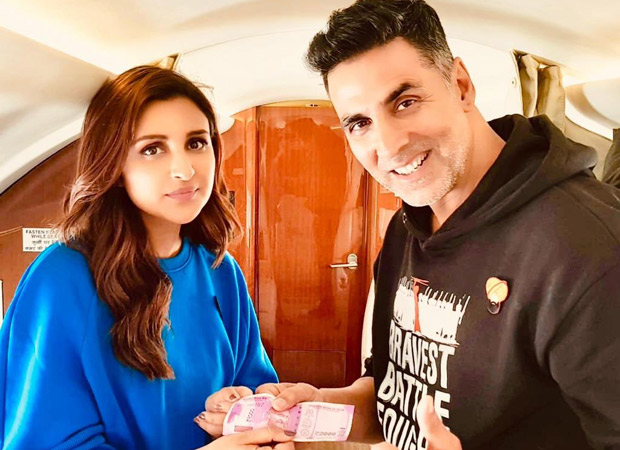 Parineeti Chopra’s recent tweet shows the amount of fun these two have behind the screens! So, the stars were recently on The Kapil Sharma Show and revealed some fun moments the two have had. They were asked if they play any games while shooting for the film. To which, Parineeti admitted that they played Ludo and cards in their free time and that she has lost a lot of money to Akshay Kumar during the game! She said, “I have lost so much money to him that I can’t even tell anyone about it. He is so good at the game that it is almost impossible for him to lose.” Hearing this, Akki was quick to reply, “She keeps saying that she has lost money to me but till date, she hasn’t paid a penny to me!”

Reading this in one of the newspapers, Parineeti decided to finally clear her debt with Akshay. She posted a picture of herself as she is giving Akki a note of Rs. 2000. 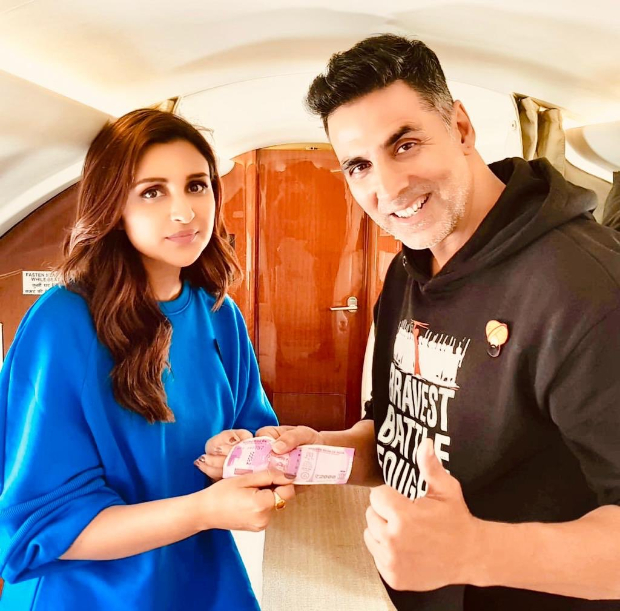 These two seem to have a lot of fun on sets and we would love to see them doing more films together. What do you think? Also, Kesari is releasing on 21st March under the Dharma Productions’ banner.