Debuts are always special, no matter the platforms. But in the last year, streaming platforms have managed to get the maximum attention and new discoveries thanks to the lockdown. Abhishek Bachchan, Sushmita Sen, Jacqueline Fernandez and many more made their first move on the digital platforms. 2021 will be no different even when cinemas are opening up gingerly. We have put together a list of celebrities who will make their debut on OTT in 2021. Please note, there will be a few rumoured names. 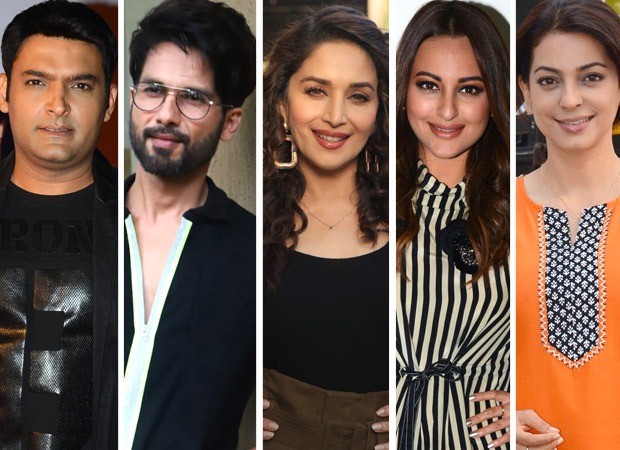 1. Kapil Sharma
While his The Kapil Sharma Show is on hold, the actor-comedian is gearing up for new innings on a new platform. His comedy special with Netflix has been announced by the actor himself. Although it's not known when it will stream, his fans are definitely kicked about it.

2. Shahid Kapoor
There are strong rumours that Shahid Kapoor will be part of a web-series penned by Raj Nidmoru and Krishna DK. While there's no confirmation, the actor did share a picture of himself with the director duo a few months back. That's enough to fuel the speculations further.

3. Madhuri Dixit
In Netflix's line-up of content for 2021 this year, we saw Madhuri Dixit in one of the web series. It is titled Finding Anamika where Madhuri plays an actress. She confirmed the same on her Instagram handle.

4. Sonakshi Sinha
Sonakshi Sinha is collaborating with Reema Kagti for an Amazon Prime Video series that is yet untitled. A sneak peek of the same was revealed on Women's Day this year. Sonakshi as a cop looks quite determined to bring down crime!

5. Juhi Chawla
Amazon Prime Video is getting a host of actresses for Hush Hush, which is a working title. It includes Juhi Chawla along with Ayesha Jhulka, Shahana Goswami and many more.

6. Hrithik Roshan
Rumour mills are abuzz that Hrithik Roshan will be part of the Indian adaptation of Night Manager. Now that will be one sight to behold. This will be a web series but it isn't clear which platform it will stream on.

7. Soha Ali Khan
Alongside Juhi, Ayesha Jhulka, and Shahana Goswami another name who will feature in Hush Hush is Soha Ali Khan.