Shah Rukh Khan was last seen in the 2018 film Zero. Bollywood Hungama was the first to inform that Shah Rukh Khan had returned to the sets of a film after almost two years. He began shooting for Siddharth Anand's film Pathan a few weeks back. The actor was recently spotted at Yash Raj Films studios in Andheri, Mumbai. 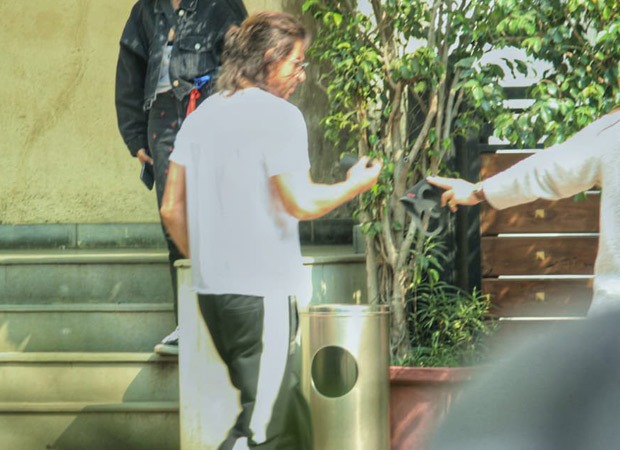 Shah Rukh Khan was spotted wearing a white T-shirt paired with a black track pants. He was also sporting a long hair and stubble look. Considering that he is currently shooting for Pathan, it has left us all wondering whether it is his look for Pathan.

Shah Rukh Khan plays the role of an agent in Pathan. Recently, he was seen at Gateway of India in Mumbai. He was hiding his look with an olive green hoodie over a white t-shirt and navy blue cargo pants. He was sporting sunglasses and wearing a mask as he headed towards his speed boat and left for Alibaug.