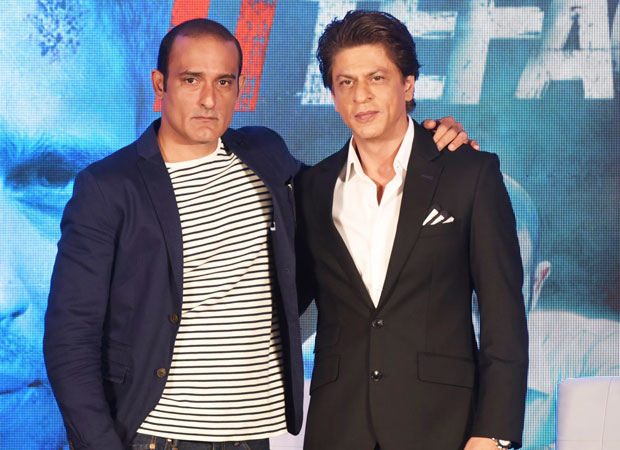 In the times of remakes, Ittefaq is one such thriller that will be hitting the theatres this Friday. The original Ittefaq had Rajesh Khanna and Nanda in the leading roles. Rajesh Khanna's character was a criminal-on-the-run who is charged with the murder of his wife. The new version is said to be a little different from the 60s version and has two murders to be solved.

Interestingly, Shah Rukh Khan, co-producer of Ittefaq, revealed that he wanted to be a part of the film and do Akshaye Khanna's role. But, he also said that the role then eventually went to the right actor, Akshaye Khanna.

At the press conference on Monday, Shah Rukh Khan said, "When I read the script, to be honest, I wanted to be a part of it as an actor as it was so exciting. But, I think a better actor has essayed the role now which is Akshaye Khanna and more befitting for the role. Unfortunately, I had decided to do three films so I couldn't become part of Ittefaq. I was doing Raees and Fan and they were physically very hectic. I just love the way the film has been adapted and turned around and changed a bit and when it comes out I hope everybody will enjoy it."