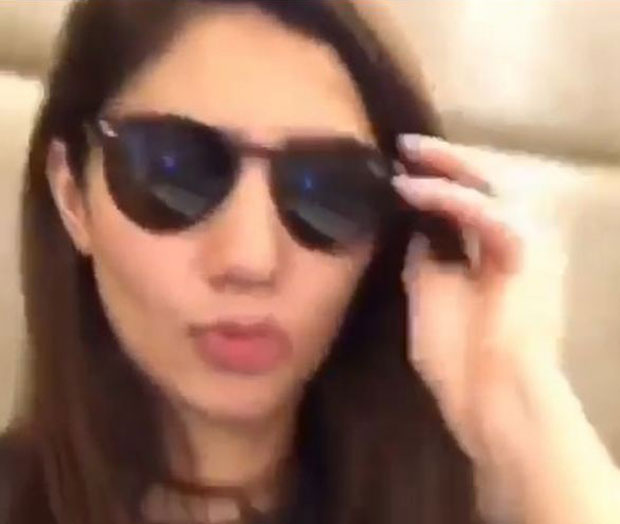 Pakistani actress Mahira Khan made her to Bollywood with Shah Rukh Khan starrer Raees earlier this year. Although the actress could not promote her film in India, she still has managed to gain a lot of fans with her performance.

Now, Mahira Khan is once again bringing some joy to her Indian fans by dancing to one of the popular Indian songs. The actress was recently doing a Q&A with her fans when she started grooving to the beats of Katrina Kaif's popular track, 'Kala Chashma'. A fan shared the video clip in which Mahira Khan was chatting with fans when she suddenly heard the music, put on some shades and started dancing. She can be heard saying, “Kala Chashma has taken over the world.”

Mahira Khan recently made headlines when some pictures made it to social media. Coincidentally, Mahira was spotted with Katrina Kaif's ex-boyfriend Ranbir Kapoor in New York while they were smoking and chatting. The actress was seen wearing a backless white dress for which she was criticized a lot.