Patriotic films of all hues have now become common, with most—not all—of them based on, or inspired by, true stories. Akshay Kumar, Ajay Devgn and John Abraham, in particular, have made or are making such films oftener than the others, and using their star clouts to give them an advantage they may not have got otherwise. 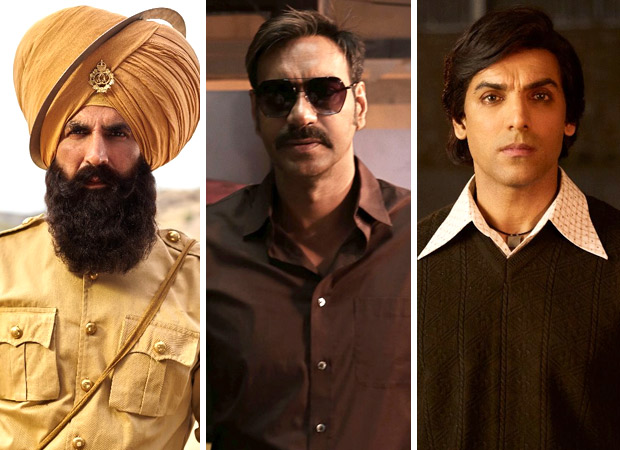 Truth is stranger than reel fiction
“A real story not only has an in-built credibility because it has happened, but is also easier to depict rather than concocting something totally fictional,” John added, stating that in his films like Madras Café, Parmanu: The Story Of Pokhran and the recent RAW (Romeo, Akbar, Walter), only his characters were fictional.  Obviously, licenses have to be taken and dramatization done without tampering with the core, as was done recently in Akshay Kumar’s Kesari, where all the 21 brave hearts were killed and no one was around to record everything that happened in 1897, except for the heliograph messages that were sent while the battle was going on.

RAW and last year’s Ajay Devgn film Raid were examples of how the stories of three different secret agents and three income-tax officers were integrated into one main story. Several other stories had to be dramatized to the extent that the locations were changed (as in PadMan), and in many cases, official permission was taken from the real people, if alive.

On the other hand, the completely fictional movies (like Satyameva Jayate, Gabbar…Is Back, Sarfarosh, Ek Tha Tiger) sometimes integrated slices of some real characters and happenings as well.

But what is amazing is how such films look at every aspect of patriotism possible, and we are sure that the forthcoming films in this broad genre will also have many more diverse aspects being explored!

When did such films begin?
With patriotic films being made all along (Shaheed in 1948 and 1965, Padosi, Haqeeqat, Jis Desh Mein Ganga Behti Hai, Ankhen in 1968, Shatranj and more all the way to Border and later), why is the limelight or spotlight on this genre greater today? Films have always been made on the freedom struggle, specific heroes, national integration, wars, corruption and social reforms anyway down the decades.

The answer is simple: A heightened sense of nationalism has been growing slowly since Border and Sarfarosh in the late 1990s, which had the guts that we never had before, of naming a specific enemy country (Pakistan). We were no longer in the ridiculous era when the enemies, for example, would look Chinese but China was never named, ditto Pakistan. The clichéd terms included ‘dushman’, ‘dushman desh’ and so on!

If Kargil, that broke out four weeks after the release of Sarfarosh, reaffirmed a fierce sense of pride in Indians, the recent happenings (from the 2008 26/11 attacks) have invoked even fiercer passion. Today’s generation is eager to know history and ignite (within themselves) patriotic fervour in every sense. It starts at but goes beyond just fighting terrorism or enemy forces, also focusing on fighting for basic amenities like toilets and sanitary pads, combating corruption at every level and tackling crime and other social evils upfront.

Our nation is changing and evolving, thanks to today’s GenY and they also love the occasional slice of old history, if well-presented—like Kesari, for example, or Taanaji: The Unsung Hero to come. The values in such movies have to be made relatable to present times, like the gender equality, religious integration and professional discipline shown on course during the main real plot of Kesari.

And so the current definition of patriotism goes beyond a trite mix of action and melodrama as shown in a few earlier films like Sainik (Akshay Kumar/1994) or Hindustan Ki Kasam (Ajay Devgn / 1999). The real story of the 2017 The Ghazi Attack was an exception in being gripping but lacking face value, while 16 December was luckier way back in 2002.

Thus, ennui and a lack of audience involvement and connect  (LOC Kargil, Ab Tumhaare Hawale Watan Saathiyo, the epidemic of Bhagat Singh films in 2002, Khatta Meetha, Madras Cafe) were no-nos then and remain so, and mediocrity is not excused today either (the recent Paltan and Manikarnika: The Queen Of Jhansi).

That intense patriotic wallop
The basics of good Indian cinema (entertainment, honesty and passion visible in the content-rich script and execution, and depiction of strong positive characters) remains unchanged. And it is that reason that led to the failures of films like Indu Sarkar in 2017 or The Accidental Prime Minister and Thackeray today—their protagonists are largely perceived across the country as people who, perhaps, do not deserve reel exaltation.

On the other hand, a brutal real-life tragedy like the Uri attack gave so much muscle to the above-average URI: The Surgical Strike and the Pulwama attacks actually fueled or refueled a fervent desire to revisit the film. So much so that the film is now the biggest hit of 2019 so far, that too pan-India!

Other real events (Parmanu: The Story Of Pokhran, Kesari) as well as real people who deserved exposure (Raazi, Raid) connected instantly because of their cinematic virtues that matched the spirit of the stories. 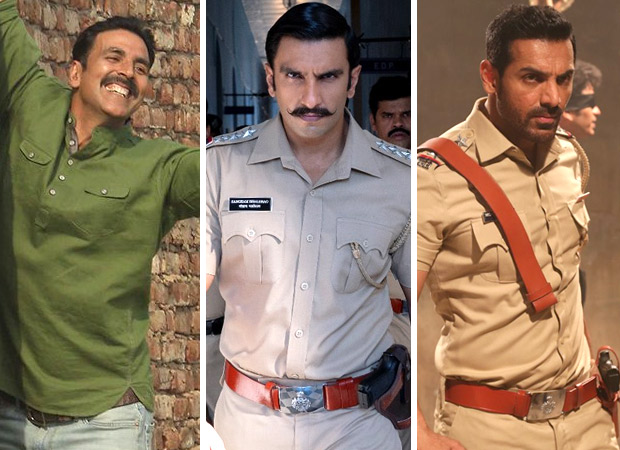 Shades
And today, we are looking at issues beyond war that are also conducive to a fast-progressing nation in an exhilarating mix of fact and fiction. Besides Pad-Man and Toilet - Ek Prem Katha, we are looking at how our team avenged British humiliation in sport (Gold), how a corrupt lawyer’s conscience awakens (the Jolly LLB franchise), passionate cops (Zameen, Singham, Singham Returns, Simmba, Satyameva Jayate), a patriotic Indian who airlifted thousands of Indian to safety from a foreign country at war with another (Airlift), and a valiant Parsi who stood up for his nation even at great personal cost (Rustom).

Add, also, a vigilante professor with a back story (Gabbar…Is Back), an environmentalist who becomes an extremist for his cause (2.0—dubbed), a soldier who is at work even on his vacation (Holiday—A Soldier Is Never Off Duty), a crack anti-terrorist operative (the forthcoming Sooryavanshi), and fascinating sagas of national triumph again like the all-women mission to Mars (the forthcoming Mission Mangal) and Batla House (on the crack police action by Delhi police following serial blasts there in 2008).

The Indo-Pak conflict of 1971 has given rich film fodder (16 December, The Ghazi Attack, Raazi, RAW) so far and another great saga will be unleashed soon in Bhuj: The Pride Of India, about how local women in Gujarat achieved an incredible feat in Bhuj that helped India win the war.

Add fiction like Salman Khan’s Tiger franchise of a crack agent (in Tiger Zinda Hai, a fictional story of espionage was ingeniously spun around a real incident of kidnapped nurses who was rescued bloodlessly by a diplomatic initiative by the Indian government), the 2001 Lagaan (a motley group of the rural outsmarting the wicked Britishers at cricket to save taxes) and the 2007 Chak De! India, on how a disgraced Muslim sports teacher got a pan-Indian team of girls think nation above caste, state and religion and win a crucial match) and we realize that while our patriotic fervor is highest today, the well-made patriotic films have always been loved.

And that is the true secret of today’s hunger for patriotic films: that better movies are being made and told in a relatable way. The resurgence of passion for the nation because times are changing completes the magic.