After the success of Luka Chuppi, Kartik Aaryan has begun work on his next project which Imtiaz Ali directorial starring Sara Ali Khan opposite him. The film is said to be a sequel to Love Aaj Kal which starred Saif Ali Khan and Deepika Padukone in 2010. As the second schedule has begun, the filming for Love Aaj Kal 2, tentatively titled, has kickstarted in Udaipur. 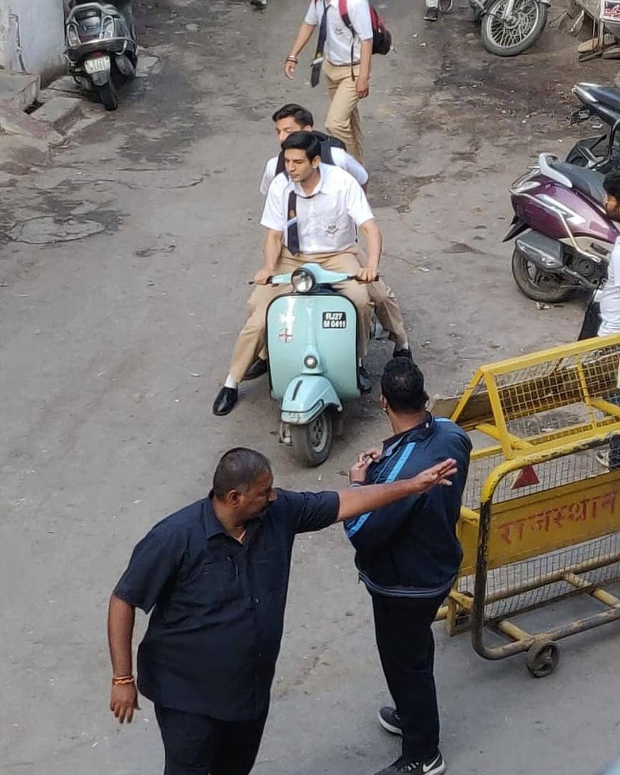 Earlier, many leaked photos and videos have gone viral on social media. Once again, Kartik Aaryan's leaked images are doing the rounds and this time he is sporting a different look. The actor was seen in a school uniform while driving a scooter. The side-parted hair, school bag, white shirt with khaki pants really made him look like a school boy. In another set of leaked images, the actor is seen lost in his thoughts while shooting a sequence. 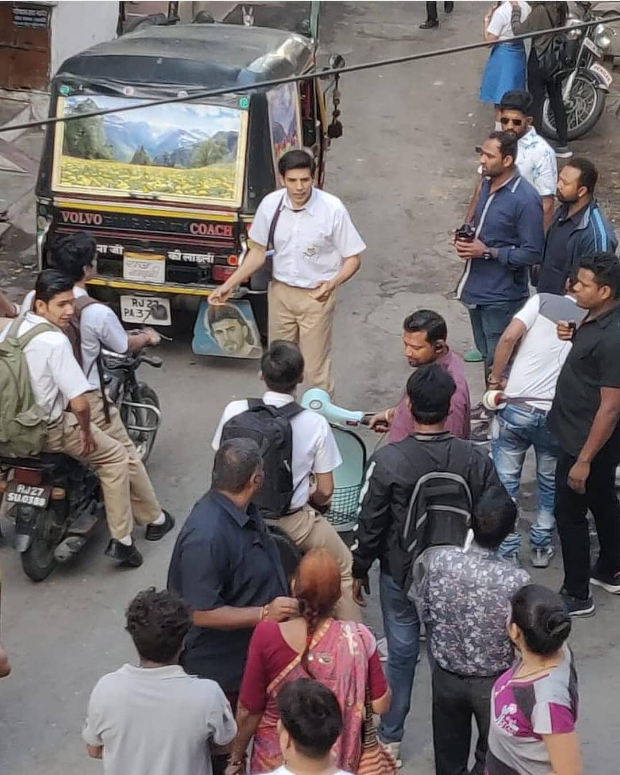