Popular Korean pop group SEVENTEEN is gearing for the release of their Japanese single in April 2019. Ahead of that, they performed a medley of their hit tracks for a special segment on Entertainment Tonight. 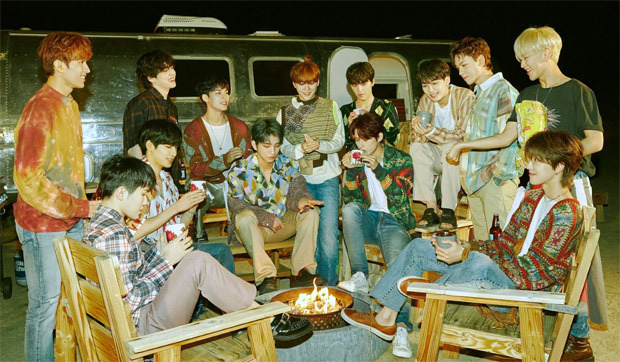 SEVENTEEN serenades with medley of their hit tracks, performs a special cover of Justin Bieber’s ‘Holy’

The group ended the special performances with a cover of Justin Bieber's 'Holy' which featured Woozi, DK and Seungkwan, some of the powerful singers in the industry, showcased their powerful pitch-perfect vocals.

Speaking to ET about the cover, SEVENTEEN said, "'Holy' has been on repeat for us ever since its release. It’s been stuck in our heads and we often found ourselves humming or singing along to it throughout the day as well. So naturally, when we got the chance to perform a short cover of a pop song during our ET medley, all of us came to choose 'Holy'."

Meanwhile, SEVENTEEN will return with their new Japanese single 'Hitorijyanai' on April 21. They have teased it on TikTok already. The 13-member boy group is also set to hold a fan meeting and chat with the Japanese fans in the following week.