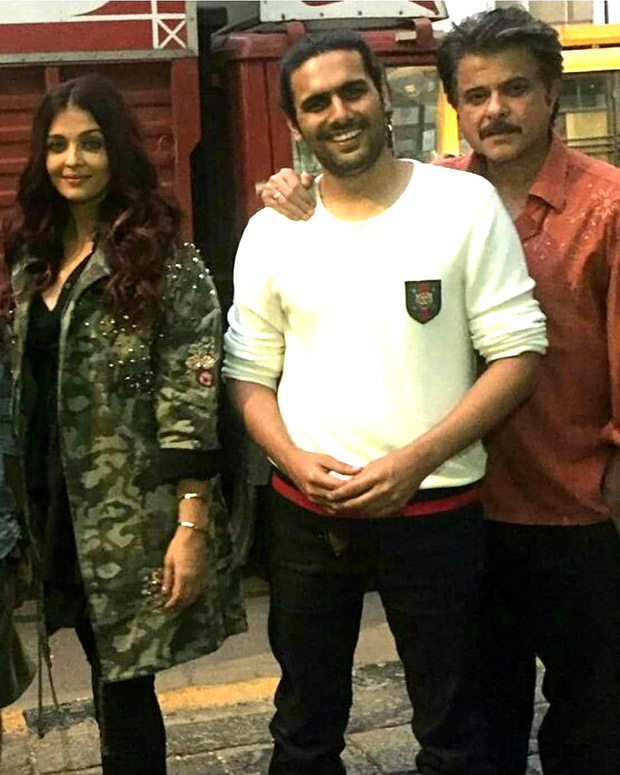 It is known that Anil Kapoor and Aishwarya Rai Bachchan are all set to reunite in Rakeysh Omprakash Mehra's production, Fanney Khan. The two stars, who had previously shared screen space in Satish Kaushik’s 2000 directorial, Hamara Dil Aapke Paas Hai and Subhash Ghai’s 1999 musical, Taal, have begun shooting for their film in Mumbai.

We came across a photograph of Anil Kapoor and Aishwarya Rai Bachchan posing for a picture together. Aishwarya's look is very similar to her Ae Dil Hai Mushkil look. In the photo, she is seen wearing a black t-shirt with denim with a camo print coat. Boats and soft curls complete her look. Anil Kapoor is rocking his salt and pepper look with a pink shirt and trousers.

Earlier, a couple of pictures from the sets of the film had made their way to the Internet. Anil was seen as a taxi driver while Aishwarya was seated at the back of the cab in one of the pictures.

Fanney Khan is an official adaptation of the Dutch film Everybody’s Famous! and is produced by Rakeysh Omprakash Mehra and Prernaa Arora. The film, directed by Atul Manjrekar, also stars Aishwarya Rai Bachchan as a diva singer with Rajkummar Rao playing her love interest. Divya Dutta will play the role of Anil Kapoor’s wife. The film is scheduled to release on June 15, 2018.