Sara Ali Khan, who got off to a triumphant start in Bollywood with movies like Kedarnath and Simba, experienced her primary failure with Love Aaj Kal which was highly condemned. During an appearance on Koffee Shots With Karan, she opened up about the worst criticism she received for a performance. 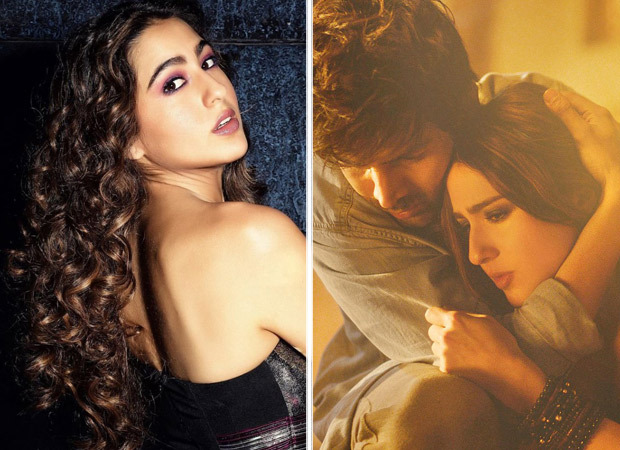 “I think Mr. Kamaal R Khan said that I have been exposed after Love Aaj Kal. That was pretty rude,” she told host Karan Johar. Love Aaj Kal, which was directed by Imtiaz Ali, also starred Kartik Aaryan. While Sara and Kartik’s pairing generated a lot of buzz and gossip about their alleged affair before the release, the film got largely negative reviews and tanked at the box office.

On being asked to give a piece of advice to her half-brother Taimur Ali Khan for his Bollywood debut, Sara said, “I think he has got it. He is a star.” When Karan reminded her that he was five years old and ‘has not got it’, she got flustered and said, “Oh my God, I don’t know what to say. Why am I so bad?”

The host Karan then asked Sara to share some words of wisdom for her younger brother Ibrahim Ali Khan. She said, “Ibrahim is older, so I guess I would probably tell him the same thing my parents always told me, to stay balanced and have a sense of yourself external to the films.”

Sara Ali Khan is currently gearing up for the release of Atrangi Re, directed by Aanand L Rai, in which she is paired opposite Akshay Kumar and Dhanush. The film is all set for a digital release on Disney+ Hotstar on December 24.

Also Read: Sara Ali Khan is elated with her dream actualising as Atrangi Re poster lights up at Times Square in New York