The whole Sara Ali Khan likes Kartik Aaryan and the resultant will, he…won’t he predicament which was hyped up by media has now lost its steam. While Sara keeps saying that she does find Kartik cute and everything, the Sonu Ke Titu Ki Sweety actor has different things on his mind currently. The two have cordially met at events where Sara’s Simmba co-star made things awkward from them by very publicly ‘setting them up’ in front of the media. Kartik then went on dinner dates with Ananya Panday and was also signed for a film, Pati Patni Aur Woh remake. Now, Sara was asked about the same and she said that of course she has no problem whatsoever if Kartik and Ananya are dating. She said that she does find him cute but if he thinks that someone else is cute then well, that is good for him! She also said that she is not going to DM him with her address or anything because it will just look desperate. She also said that her mom Amrita Singh said that she should wait and she is going to listen to her. 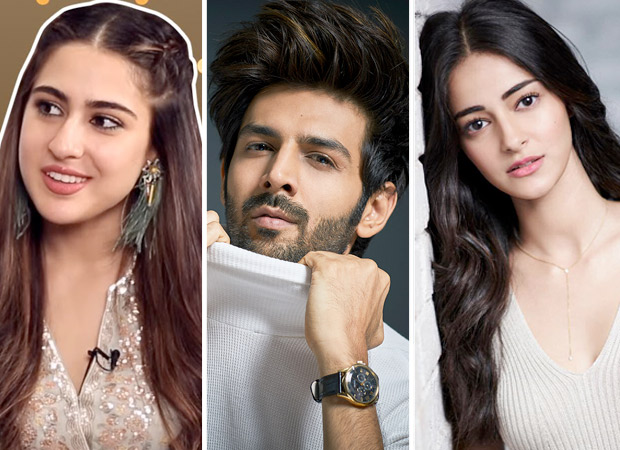 Wow, now that seems like a good girl! Sara has been doing very well professionally and has been making right noise with movies like Simmba and Kedarnath. It is in news that maybe she is being considered for Love Aaj Kal 2 and there are no prizes for guessing that her co-star will be Kartik Aaryan in this one!

There isn’t any official announcement on her future projects yet but we want her to do it soon!

Also Read: Throwback Thursday: Sara Ali Khan’s rehearsal for ‘Saat Samundar’ performance at a wedding proves she was meant to be a star