The Kapil Sharma Show has returned with a bang with a new season and new cast. Joining the team were comedians like Krushna Abhishek and Bharti Singh. Besides them, we can yet again have fun with Bollywood celebs who are flooding the show. From Simmba to Ek Ladki Ko Dekha Toh Aisa Laga cast, many of them have already been a part of it. The next in line is tennis champ Sania Mirza and her sister Anam Mirza. 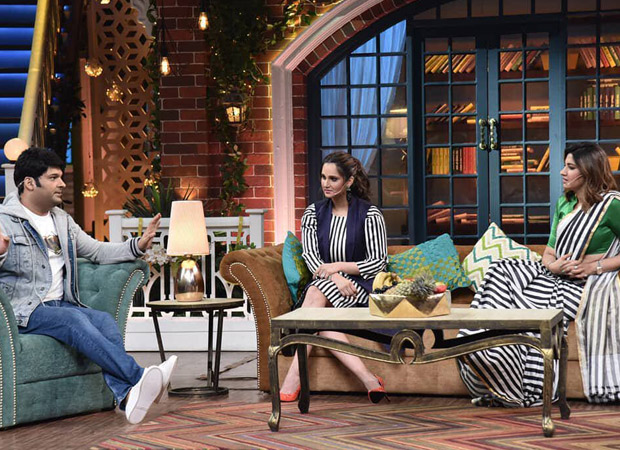 Amidst all the fun and frolic, Sania Mirza and Anam also took us around Hyderabad. Not literally but the two Mirza girls spoke about the famous things in Hyderabad which included language and even the attitude of the city which they described as laidback. In between, they also spoke about the yummylicious biryani that the city boasts of. While the mention of it is said to have made everyone’s mouth water, it seems that Sania did the sweetest gesture of sending out the yum biryani for Kapil some time ago.

Kapil Sharma was in Hyderabad quite some time back when he was eager to taste the much talked about special ‘Hyderabadi’ biryani. It seems that Sania Mirza was more than happy to oblige and sent over some special biryani not just for the comedian but for his team. But what she was surprised to note was that her utensils never returned!

The sports persona mentioned about the same during the episode where she also stated that everyone including the hotel staff had a taste of the yum biryani she sent across. However, it seems that the utensils got misplaced in all the biryani hoopla. The tennis player asked Kapil to return her utensils that have disappeared since the incident.

Knowing the humorous Kapil Sharma, we are currently awaiting his comments on the incident!