Sonam Kapoor Ahuja - As Bollywood’s reckoning fashion force and a resident fashionista, the diva regularly makes those stunning saree statements. While western ensembles bear their own unique charm, the versatile nine-yard with its distinct charm even has the International designers swooning over. Sashaying in one such contemporary saree was Sonam as a promotional look for her upcoming film, Ek Ladki Ko Dekha Toh Aisa Laga. The printed silk saree from the label Jodi Life looked splendid and Sonam only elevated the look further with a brilliant makeup and minimal accessory game. 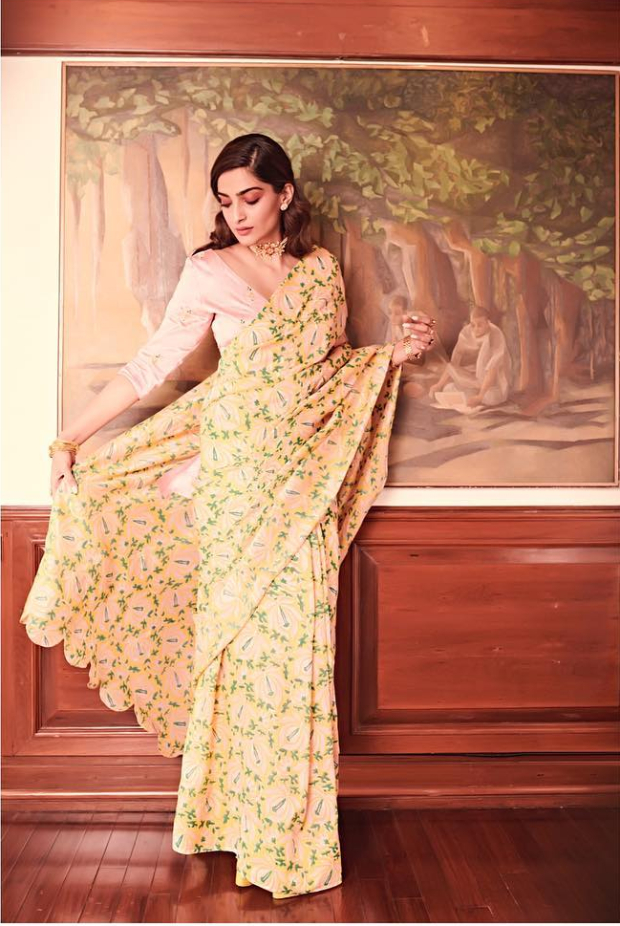 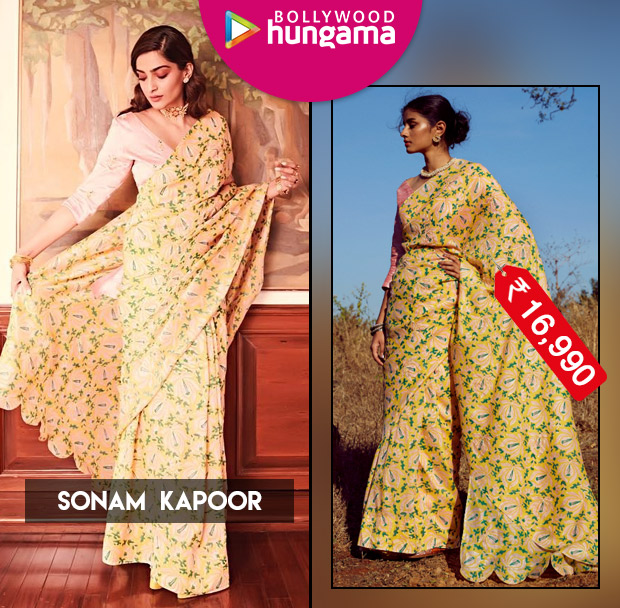 The saree, crafted in lotus print is hand blocked printed on luxe mulberry silk with the pallu decorated with golden pita work and finished with a scalloped edge.

Also Read: Arjun Kapoor shares childhood pictures with Sonam Kapoor, says he is proud of her 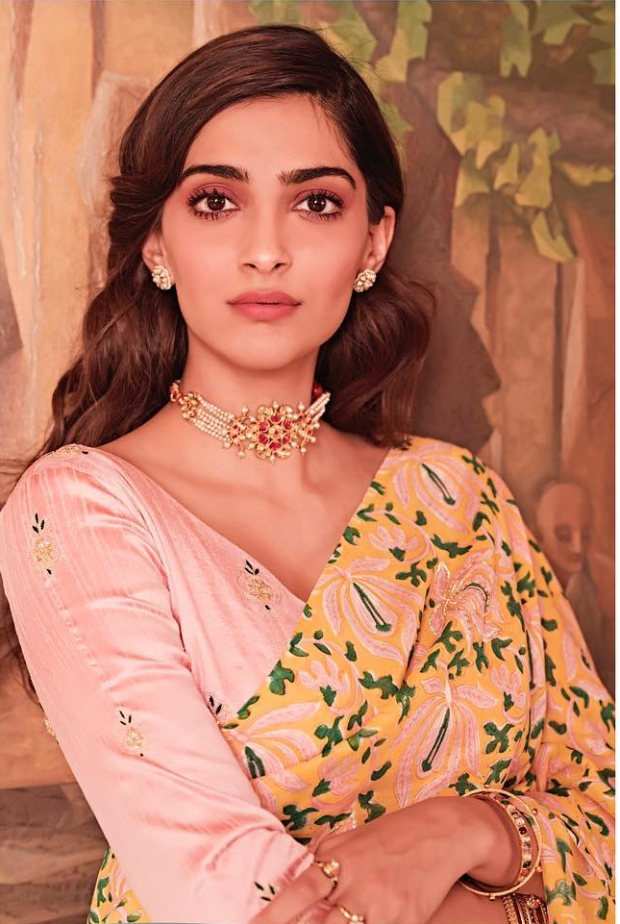 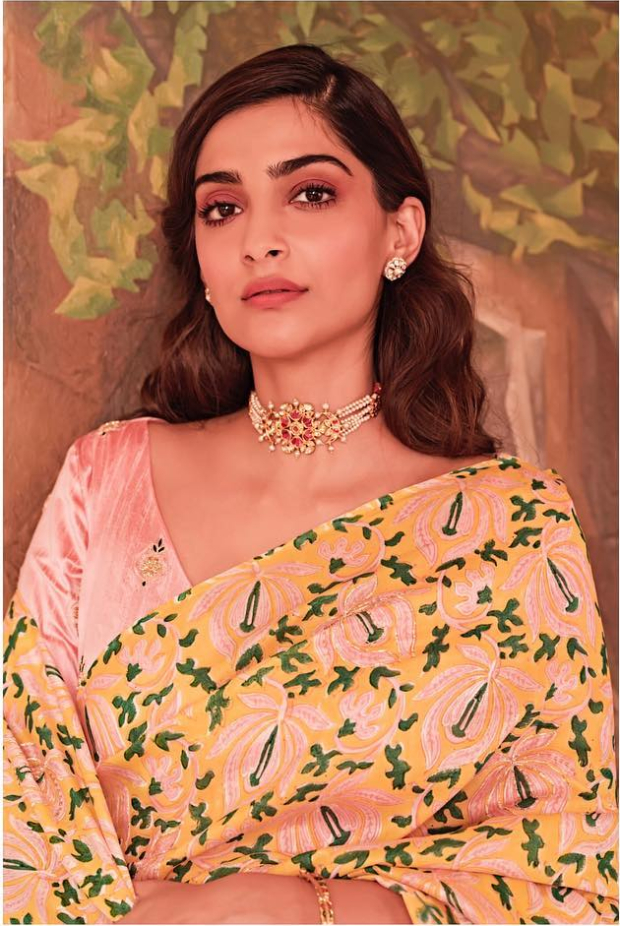 Delicate jewelry of a choker, earrings and rings from Amrapali and Anmol Jewellers upped the look. 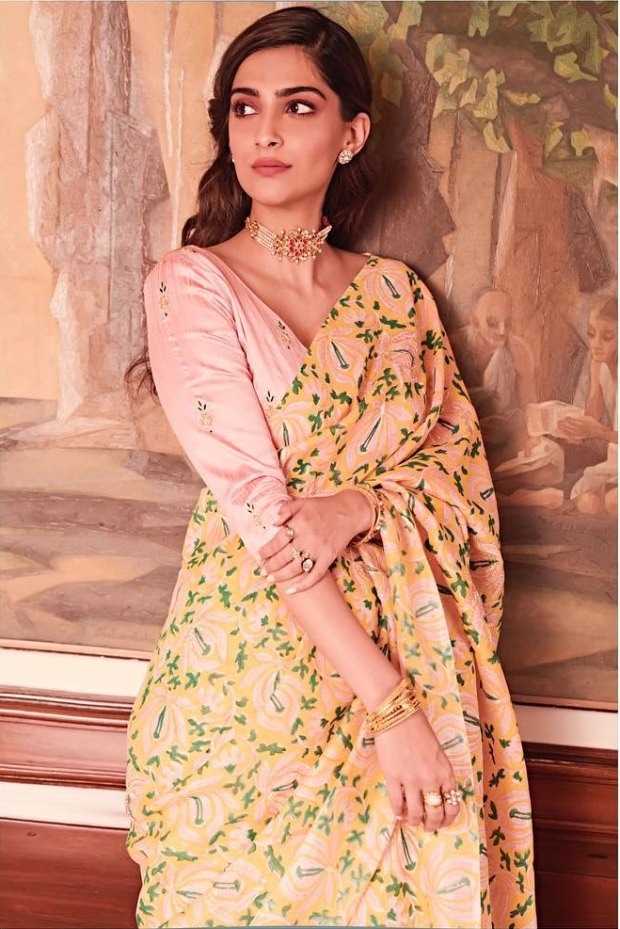 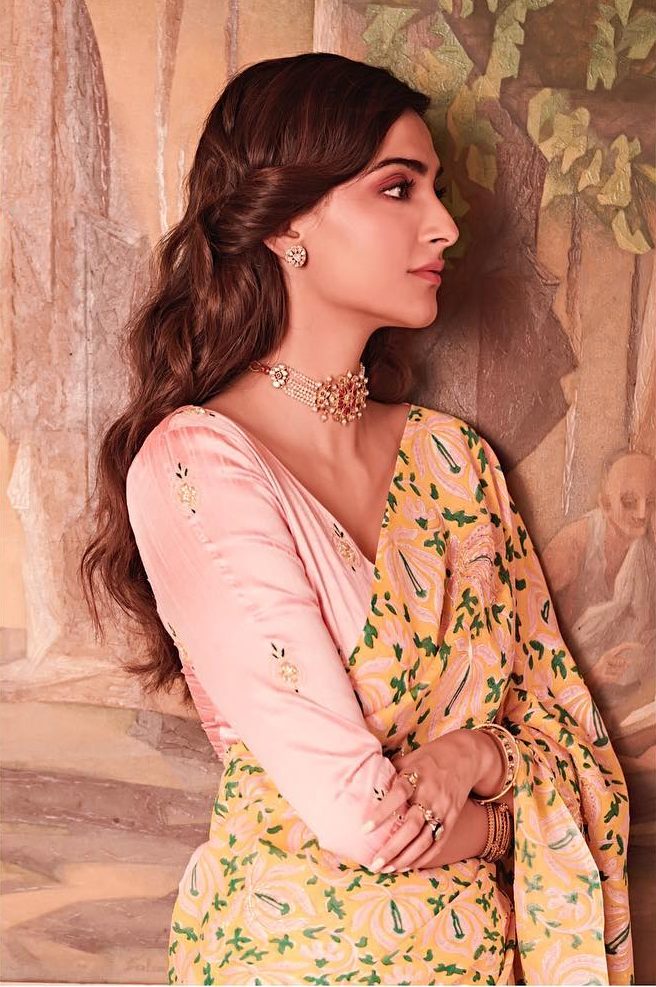 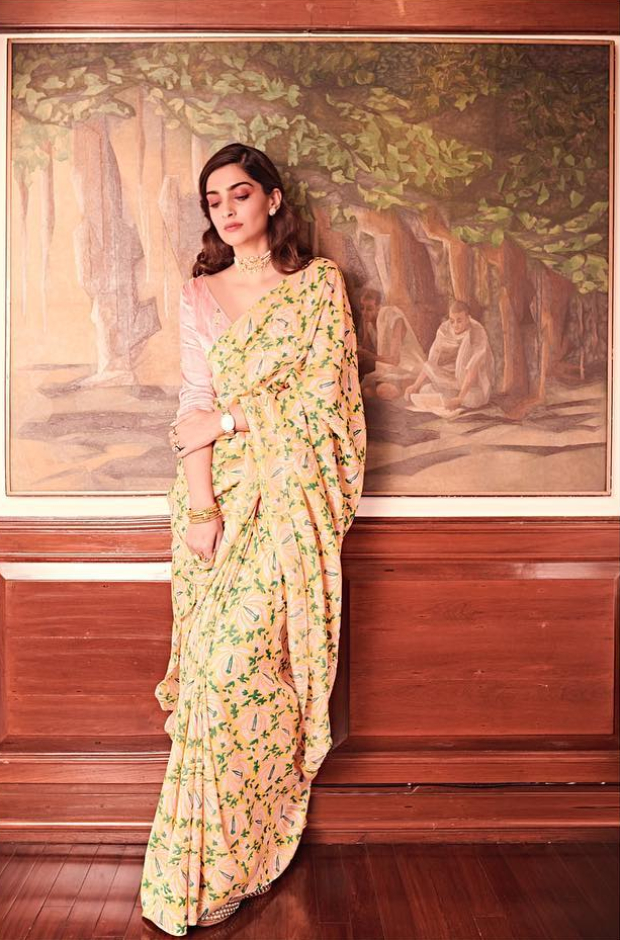 Having floored us with a multitude of sarees in varied styles and silhouettes in the past, Sonam Kapoor never misses a chance to revamp the good old saree. We love how with a contemporary drape, she exudes an old world charm that’s effortless and striking. 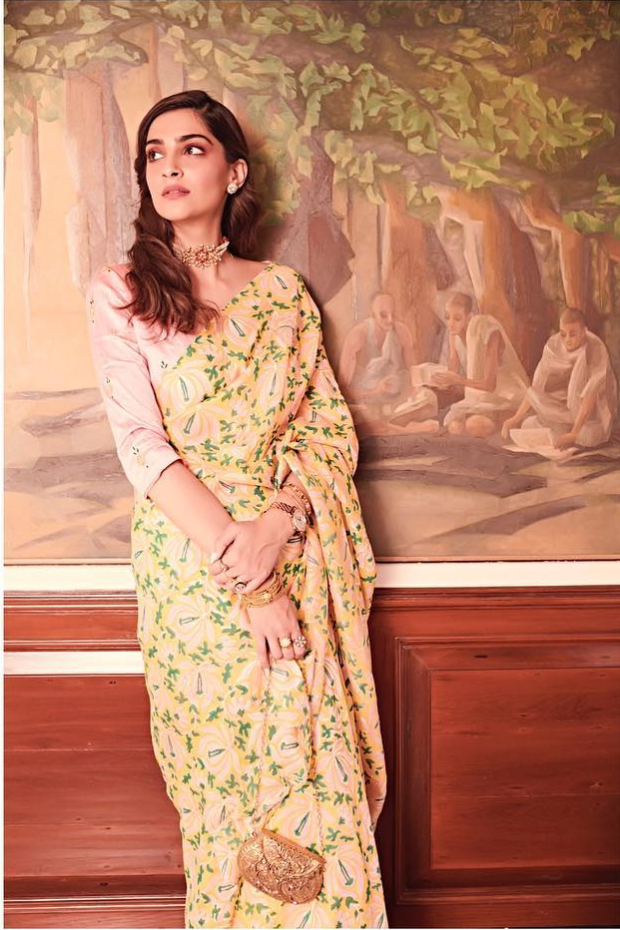