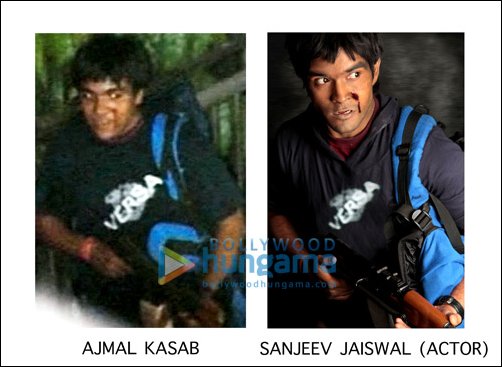 Ram Gopal Varma's search for the actor to play Ajmal Kasab in his most ambitious venture The Attacks of 26/11 has finally ended. After auditioning over 500 actors, RGV has finally zeroed down on Delhi based theatre actor Sanjay Jaiswal for the role.

Speaking about Sanjay Jaiswal's casting as Kasab, RGV says, "The most important actor obviously is the guy who's going to play Kasab. The reason being him becoming the face of the 26/11 attacks, I needed someone who was similar looking and also who's a great actor to be able to portray the complexities involved."

The Attacks of 26/11 will detail every aspect of the carnage beginning with the terrorists taking over Amar Solanki's trawler "Kuber" to the killings in CST Station to the massacre at Taj right up to Kasab's torture.

The film has a completely new cast and is going to be shot in languages in which the actual people spoke, viz., Urdu, Hindi, English and Marathi. The Attacks of 26/11 is primarily meant for an international release and has gone on floors today.