Salman Khan and Shilpa Shetty Kundra sure make a winning pair on screen! The two got together again for a special episode of Dus Ka Dum and man, they sure did have a lot of fun shooting for the same. Ace choreographer Farah Khan joined them and shared pictures on social media! The trio went on to shoot the episode till midnight and had a lot of fun. The pictures sure give us an idea of what an epic day it was for them! Salman and Shilpa have been a hit Jodi of the 90s and early 2000s! These pictures demand a reunion on screen for sure. 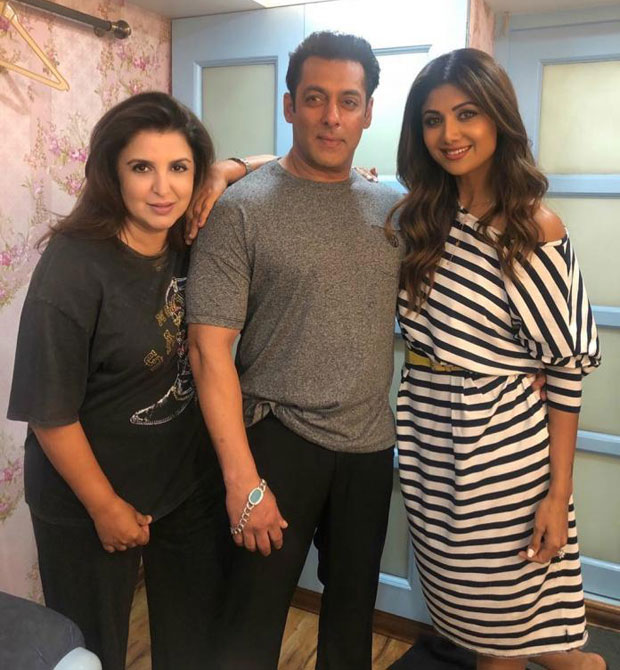 Salman Khan has also started work on his film Bharat. Directed by Ali Abbas Zafar, the movie is Salman's pet project and a remake of a Korean film, Ode To My Father. It is a special movie because it marks the comeback of Priyanka Chopra. She plays Salman's wife on screen. It also stars Disha Patani in the role of a trapeze artiste.

Check out Shilpa and Farah's pics down below.

About last night!! U don’t mind landing the same day n then shooting til midnight ehn its with these 2.. @beingsalmankhan @theshilpashetty we had a maddddd time #Dus ka Dum @sonytvofficial