Well, just a day ago we had reported that the preps for the Dabangg Reloaded Tour are on in full swing. The entire team of Bollywood which included Salman Khan, Sonakshi Sinha, Katrina Kaif amongst others were expected to perform in Dubai a day ago but it seems that fans were left disappointed. The performances of these superstars were cancelled, courtesy the weather! And now the organizers have decided to reschedule the event somewhere post Ramadan. 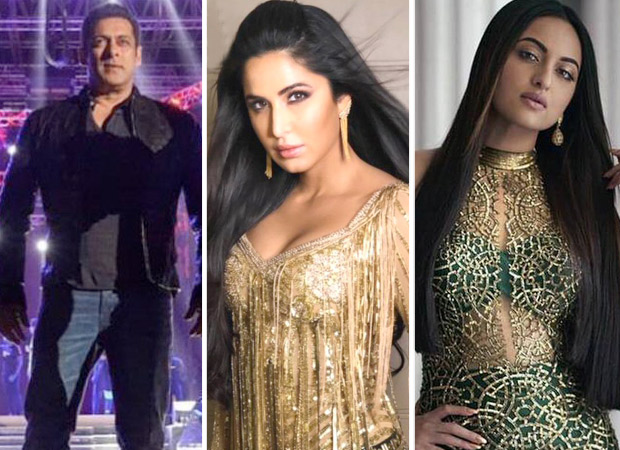 We all know that the celebrities had taken off to Dubai earlier this week to be a part of the Dabangg Reloaded. Besides the team of Dabangg which includes Salman Khan, Sonakshi Sinha and Prabhu Dheva, the event was also to have performances by Katrina Kaif, Daisy Shah, Maniesh Paul, and Jacqueline Fernandez amongst others. However, the stars were asked to refrain from performing as there were thunderstorms predicted in the weather report and to add to that, the performances were held in an open area venue. Salman Khan took to Instagram to share the news and even apologized to fans for the same:

Obviously this piece of news came as a disappointment to many fans who were waiting for these performances for a long time. If these reports are to be believed, arrangements are currently being made to refund the ticket prices of everyone. However, the organizers don’t want to lose out on such amazing lineup of performances and are striving to reschedule the same.

Readers would be aware that soon the season of Ramzan would kick in and considering the current hectic schedule of the actors it seems quite unlikely that they will be able to schedule dates any time soon. However, the organizers are keen on rescheduling the event in June, post Ramadan.

Jordy Patel of JA Events too stated in reports that they deemed it to be unsafe for stars to perform in the bad weather and were also quite concerned for the technical team who may have faced major issues. He went on to confirm that the Dabangg Reloaded Tour has now been rescheduled for post Ramadan.