Last Updated 06.02.2023 | 7:14 PM IST
feedback language
follow us on
Bollywood Hungama » News » Bollywood Features News » Salman Khan reveals he wanted to cast Aayush Sharma in a film much before Arpita Khan introduced him to the family

Salman Khan is all set for the release of his upcoming action-thriller film Antim: The Final Truth. The film will mark his first collaboration with his brother-in-law Aayush Sharma. Directed by Mahesh Manjrekar, the film is based on the face-off between a Sikh police officer (played by Salman Khan) and a gangster (played by Aayush Sharma). The film is slated for a theatrical release on 26 November 2021. 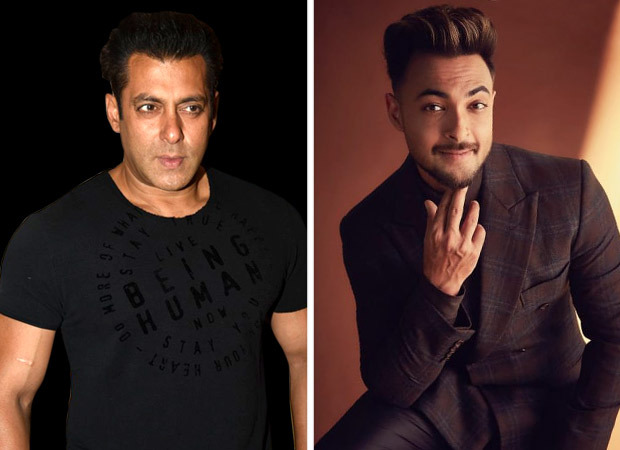 Recently, during an interaction with media on 21st November 2021 (Sunday) Salman Khan was asked what are the qualities that he liked in Aayush as a working professional. To which he reveals an interesting story about the time when his sister Arpita called Aayush and made him meet him, his brothers and father for the first time.

Salman said, "I'll tell a story which happened a long time ago. We were doing this film earlier, which we still have the script. But eventually, I passed that age group to do the film. The title of the film was 'My Punjabi Nigga'. So Sohail came to me and said that we'll look for someone who could fit into the character. Then Sohail came and told me that he saw this guy in Gold's Gym and he is the ideal choice for the character. So, I asked him to sign him then Sohail told me that he is not coming only for 2 days although he is very regular."

He added, "After 2 days Arpita called us to meet someone. This guy was standing with my dad and my brother. Arpita then tells my father that 'I want to marry him'. My father asked both of them if they are sure and both of them said yes. Then Sohail whispered to me that he is the same guy whom he saw in the gym for My Punjabi Nigga. Then I told Sohail that I'll make him do the film for free (laughs). Actually, Aayush was only the guy whom we wanted to sign the film."

ALSO READ:“When I am working, there are no sisters, husbands, nothing matters,” says Salman Khan on working with brother-in-law Aayush Sharma