Weekend Ka Vaar episodes of Bigg Boss 14 have been very eventful for the past one month and the audience clearly looks forward to Salman Khan schooling them for their behaviour in the past week. This week, the aggression among the contestants increased, especially with Pavitra Punia abusing and physically attacking Eijaz Khan. While the duo was seen as a budding romance on the show, their dynamics have clearly changed in the past week. 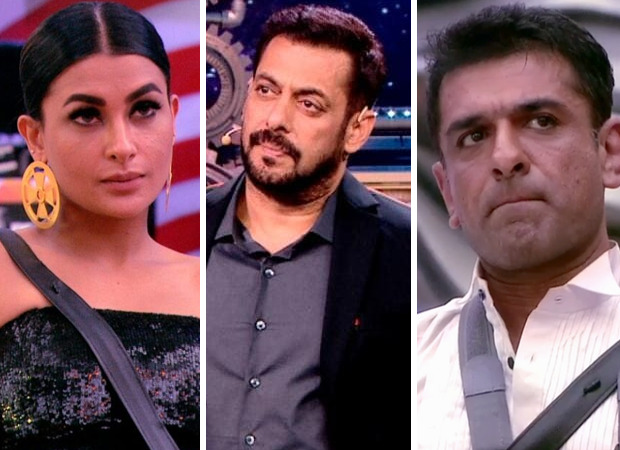 In yesterday’s episode, Salman Khan called Pavitra Punia out for her behaviour. He reminded her that Eijaz Khan had saved all the four contestants from the red zone hence balancing their favour out when Pavitra kept pointing out that she helped Eijaz become the captain of the house. He told Pavitra that her behaviour was unacceptable and that she has lost her senses. He further asked the reason behind her aggression and informed her that it’s making her look really bad in the eyes of the audience. When Pavitra apologized, he said that she cannot keep apologizing for her behaviour and that he does not want any explanation from her.

Where do you think this will lead Eijaz and Pavitra’s friendship to? Be sure to let us know.