Kareena Kapoor Khan’s talk show, What Women Want has had two successful seasons, and the actress has begun shooting for the third season already. While calling guests that happen to be some of the most prominent females in the industry, Kareena Kapoor Khan’s talk-show became a hit in no time for her listeners. During the last season, her interactions with Sara Ali Khan and Kajol were two of the most-talked-about interviews. 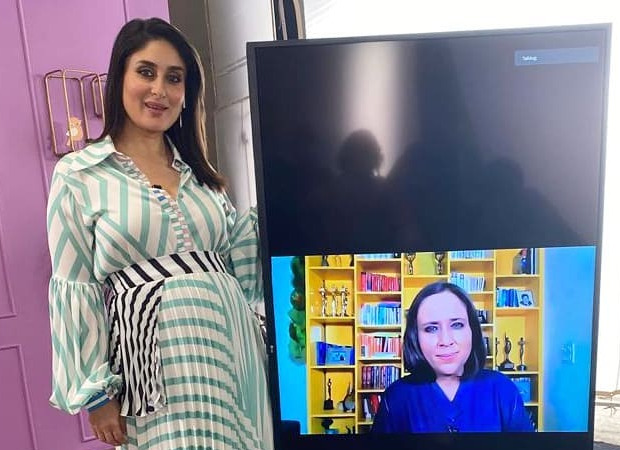 Posting a picture on her Instagram, Kareena Kapoor Khan revealed that her next guest will be the famous journalist Barkha Dutt. The actress is seen dressed in a striped co-ords set of skirt and a shirt, and she effortlessly moved ahead in the maternity fashion game. She posted the picture with the caption, With none other than @barkha.dutt... such an honour to have the tables turned... my most favourite episode... season 3... coming soon ❤️❤️????????”.

The actress will be seen engaging in virtual conversations with her guests considering the COVID-19 scare.

Also Read: Mom-to-be Kareena Kapoor Khan is all smiles as she gets a head massage from her mother Babita