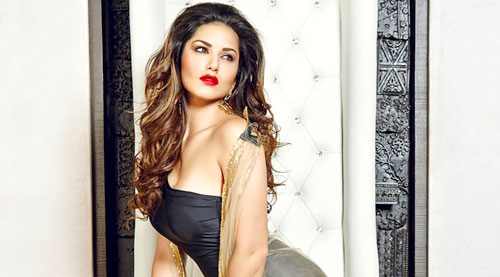 "The documentary on me made by Dilip Mehta talks about the good, the bad and the ugly," said Sunny Leone in a no-holds-barred video interview with Bollywood Hungama's Faridoon Shahryar. Sunny said that the documentary may take another year for achieving its final shape since Mehta has around 22000 hours of footage and sifting through it and compiling it together will be a tedious process. Leone talks about the double standards of her acquaintances in Canada. She also opens up about seeing her parents pass away in front of her own eyes and why she does the Charity that she does. She shares her thoughts on her forthcoming film Ek Paheli Leela that has generated a tremendous response and is expected to be a sure shot success.


Your statement 'No matter if they like me or hate me, they are still Googling me!' in your column in Bollywood Hungama has become very notable. You are also the most Googled Indian celebrity in 2014. How do you react?

I am flattered. It is better than winning any award. These numbers don't lie. I haven't paid people to google my name 24 hours a day (laughs)! So I am very proud and it's my fans that keep Sunny alive!


You've always been honest about your reality. You've always said that 'I can't erase internet and this is what I am'. What is that makes you open? Is it the fact that you've stayed abroad which is a more open society or is it naturally Sunny Leone?

I definitely think that I have a liberal attitude. I have had this attitude since I was a kid. Not the adult entertainment part but the idea that once I've made the decision this is the direction I'm going to head whether it's a right decision or wrong decision this is what I've decided. It was with the same attitude that I came to India. When I was offered Bigg Boss 5, I was sitting with Danial and I said, screw it, let's do it. I felt it would have been silly not to have done the show.

Had you ever dreamed about the fame and fans' love in Bollywood that you have at present?

I never dreamt it in a million years. I never thought that I would walk outside and there would be thousands of people waiting just to say 'Hello' to me. I actually get to see and meet people mainly on my movie tours. To see so many people turning up is the craziest thing I have ever seen. People are jumping on my car, little kids are banging on my car's door and they don't care if they get hurt or trampled upon which I am very scared about (laughs)!

Dilip Mehta is making a documentary on your life. I believe he has 22000 hours of footage and it also talks about your childhood. Also, it's not going to be all glamorousâ€¦

Yes, that's true. It talks about the good, the bad and the ugly! In everybody's lives, some good things have happened and some sad and horrible things have happened. So we explored every part that we could. Nobody out there knows when Daniel & I started our production company. We started with zero money and a credit card. And then it just grew into such a big empire! Lot of people don't know how my parents passed away.

Your father had cancer I believeâ€¦

Yes and my mother suffered from organ failure. I watched both my parents pass away, right in front of me.


And is that the reason that you have done charity work for cancer and organ related issues?

Yes. I do charity work with the American Cancer Society. They donate money to cancer survivors and victims. So there is lot of different things about my life that people don't know. We even went back to my childhood town! The people out there actually don't like me and don't want to talk to me. They refused to co-operate with Dilip. He was made to wait for hours in the freezing cold and he was trying to just get an interview from these people. Because of who I am, the people in the Indian community have no qualms saying "I know her", "I know Karan", "I held in her hands when she was a baby" but they hesitated saying the same thing in detail to Dilip. That's the biggest hurdle he faced - trying to get people to talk - the ones who I grew up with.


You've always been lucky with music and the songs of Ek Paheli Leela are doing great.
It's probably one of the best music ensemble that I have had. Every song is amazing.

What is your personal favourite song from Ek Paheli Leela?

It would be 'Dholi Taaro'. Every time I watch the song, there are some sequences where I go 'Oh, that's me!' or 'I don't remember doing this move.' I had to give almost 50 retakes for some shots; it was horrible. And that too in 45-50 degree heat in Rajasthan in the desert. So not only physically, it was also mentally frustrating. There's a promo in the shot where I am walking. It looks like a very simple shot. But I had to probably do it 20-30 times because Bobby (Khan) wanted the 'gaav-ki-ladki' feel.

It's a beautifully choreographed sequence. We were shooting in the night and they had these huge camera lights on. And because of these lights, itne bade keede hote theâ€¦ they would come out of nowhere! If anybody knows anything about me, I am deathly afraid of bugs. And I've got Rajniesh who had just won 'Fear Factor Khatron Ke Khiladi'. So I'd jump up, run behind him and push him forward and go 'Bachaoâ€¦get the bugs away'!


Who is your favourite Khan?

I do love Salman Khan. He's a great person. He's my favourite.