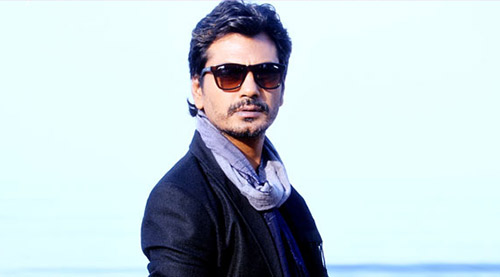 Nawazuddin Siddiqui chats with Subhash K Jha on the success of his killer role in Badlapur.


How did you manage to make this killer's character in Badlapur so empathetic?

Every time I did a scene my director Sriram Raghavan reminded my character was a killer by chance. Uss character ka haraamipan kaayam honi chahiye. At the same time, the change in him must also be evident. I showed him change while essentially he remained a scoundrel.

It was not easy playing this character because he didn't demonstrate his emotions. The change in him was happening at a place where we couldn't see it. And since he was not very intellectually developed he couldn't even articulate those changes within him. I've met many people in my life who have gone through tremendous trauma. But in their present times they get involved with trivial pursuits.


The actor in front of you in Badlapur was a relatively inexperienced Varun Dhawan. How did you balance out your own experiences with his lack of experience?

I saw Varun's energy and passion on Day 1. I was very inspired by his energy. If he hadn't been receptive to his character's demands and mine, the film would have fallen apart. Varun took the call to do the film on his own. He didn't even consult his father about it. Once Varun took a decision he went all out to get into his character. Full marks to him.


You and Huma Qureshi seemed to share a terrific rapport in Badlapur?

We had worked together in Gangs Of Wasseypur. So there was a comfort level between us from before. We worked out a lot of improvisations together in our scenes in Badlapur.


Can you give me examples?

Like the scene where she comes to meet me in jail... It was my idea to ask her to talk dirty to me. My character had not seen a woman in years. He was bound to be sexually frustrated. He couldn't do anything physical, so he initiated verbal sex.


I loved how polite you were to Huma's lover while threatening him?

Ha ha, yes. The scene where I warn her lover (Zakir Hussain) to not ever harm her was done last. I had improvised in the scene. After warning the guy, I round off the threat with a 'Good night' before walking off. That 'good night' was my idea.