After giving us gems in the Marathi industry, the very gorgeous Sai Tamhankar has also managed to mark her presence in Bollywood films too. Now the talented actress has joined the team of Mimi which stars Kriti Sanon in the lead role. The film is being directed by Laxman Utekar, who has also helmed Luka Chuppi in the past. 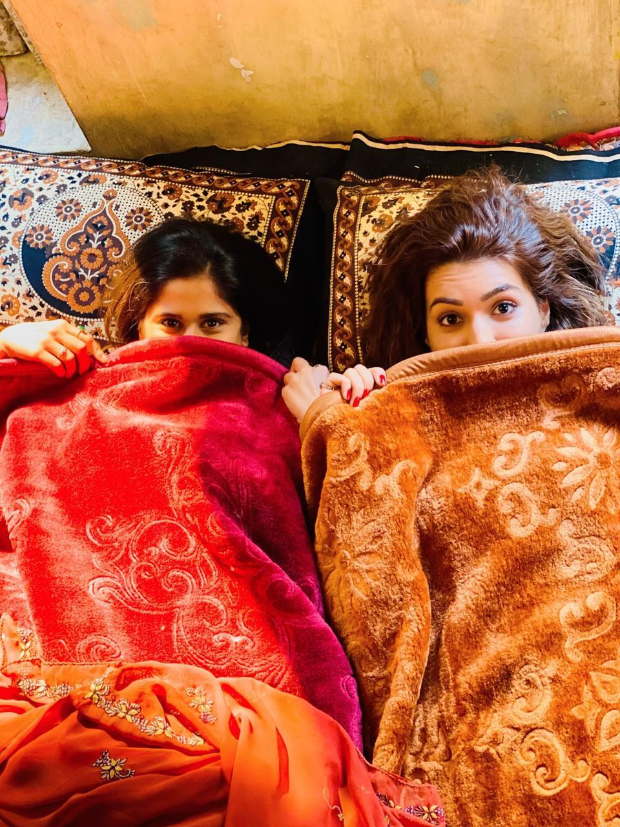 Sharing the news with her fans, Sai posted pictures today on her Instagram. She is seen sharing the picture with her co-star Kriti. She has given us a sneak peek from the sets. She captioned the picture as, “Peek- A- Booooooo !!!”

Earlier, Sai was seen in films like Hunterrr and Love Sonia, her role was quite appreciated by the audiences.

Mimi is inspired by the 2010 Marathi movie Mala Aai Vhhaychy and it also won a National Award for Best Feature Film in Marathi in the year 2011. Mimi also stars Pankaj Tripathi and it will be produced by Dinesh Vijan's Maddock Films and Jio Studios.

ALSO READ: Kriti Sanon begins the shoot for Mimi, calls it one of her most special projects!