Last Updated 07.02.2023 | 11:08 PM IST
feedback language
follow us on
Bollywood Hungama » News » Bollywood Features News » This is why Richa Chadha and Akshaye Khanna kept their interaction to minimum on the sets of Section 375

A film like Section 375 could be extremely draining and if one cannot catch the vibe of the character right, one can start off on a wrong footing. Lead pair Akshaye Khanna and Richa Chadha knew that they needed to imbibe the energy of the film to crack it correctly. And thus they strategically kept their conversations to a bare minimum while shooting the film. Richa is an actor par excellence known for her extensive preparation. Her rich repertoire is a testimony to her versatility and strong acting chops. In this film, she found it necessary to allow the simmering tension to feel authentic. 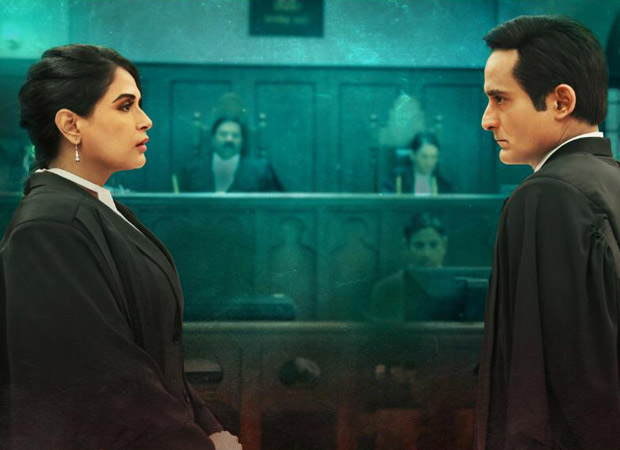 During her prep and through the workshops, she and Akshaye kept their conversations limited to the film and its plot. Their workshops too were laden with heavy work - rehearsing the monologues and debating the stances for the courtroom drama and quite early on, she realised that the right approach on the film is to keep their off screen camaraderie to bare minimum.

Richa says, “Thankfully when we started the film we barely knew each other. So when we started shooting, it was a thoroughly professional relationship. Akshaye is a brilliant actor who knows his character like the back of his hand. I play a public prosecutor in the film who is at an altercation with the defence counsel played by him. The energy is hostile and there’s a past equation between them which gives context to their hostility. Because Akshaye and I are shown to show a professional and cordial relationship outside court”.