Bollywood actor Rhea Chakraborty has not been active on social media ever since the demise of actor Sushant Singh Rajput in June last year. On Sunday, she made a rare social media post where she spoke about love. 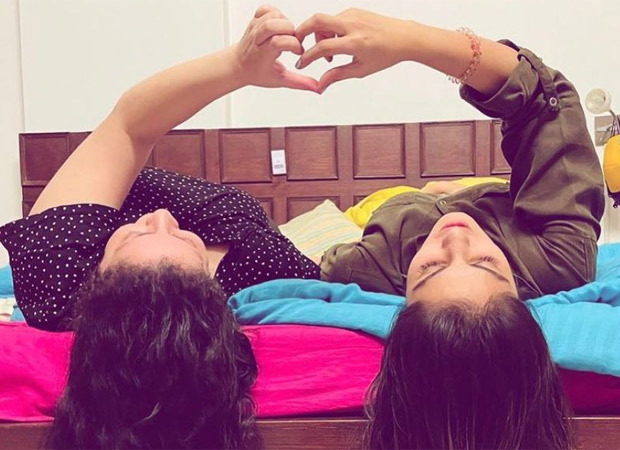 Rhea Chakraborty shares a picture with Saand Ki Aankh producer; talks about the power of love

Rhea shared a picture with producer Nidhi Parmar Hiranandani who produced the film Saandh Ki Aankh. The two are seen lying down on the bed while forming the heart symbol with their fingers. “#LOVEISPOWER ‘Love is a fabric which never fades, no matter how often it is washed in the water of adversity and grief’- Rober Fulghum (sic),” Rhea wrote along with the post quoting American author Robert Fulghum.

Meanwhile, this is Rhea's second social media post this year. She had earlier posted on the occasion of Women’s Day dedicated to her mother. Sharing a picture of her hand intertwined in her mother's hand, she had written, "Happy Women’s Day to us .. Maa and me .. together forever ... my strength, my faith, my fortitude - my Maa #love #faith #fortitude #strength #mother #womenwhoinspire #womenempowerment."

On the work front, Rhea will next be seen in the film Chehre which stars Amitabh Bachchan and Emraan Hashmi in the lead. The film is scheduled to hit the screens on April 9.