Irrfan Khan's elder son Babil Khan walked the red carpet at the 66th Filmfare Awards which were held on Saturday. He received two awards on behalf of his late father. For the event, Babil revealed that he had borrowed clothes from his father's wardrobe and also revealed why his father disliked participating in fashion shows and the ramps adorning them. 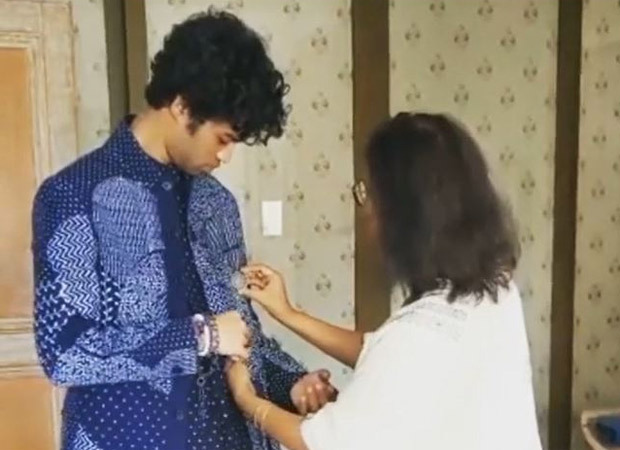 Babil took to social media to share a small video of himself where his mother is helping him get dressed for the awards night. “Mamma dressing me up - So in my little speech while accepting baba’s awards from @jaideepahlawat @rajkummar_rao @ayushmannk , I basically said “this is not my place to say anything. People always say that you cannot fit into your father’s shoes but at least I can fit into his clothes. I just want to show all my gratitude to the audience and our industry because of the warmth and love that you have hugged our family with, and all I can really say is that you and I will make this journey together and take indian cinema to new heights, I promise,” he wrote along with the post.

Irrfan Khan was honoured with the award for the Best Actor in a Leading Role for Angrezi Medium and a Lifetime Achievement Award at the 66th Filmfare Awards.