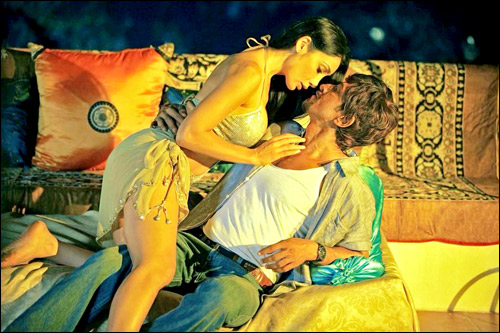 The last we heard of the foreign import to tinsel land named Sofia Hayat was during her (in)famous stint in the last season of the reality show 'Bigg Boss'. She however went on to do item numbers in lesser known films like Naachle London, Diary of a Butterfly, The Unforgettable, Cash & Curry etc.

What many do not know is that she was signed for a film opposite Kay Kay Menon, whose images Sofia tweeted recently. The title of the film is unknown. Interestingly, Sophia published the pictures right after Kay Kay got appreciated for his performance in last week's release Haider, which also stars Shahid Kapoor, Shraddha Kapoor and Tabu.


The images seem to be from certain steaming scenes from the film. However, the sad part is that the "film was never finished", tweets Sofia.