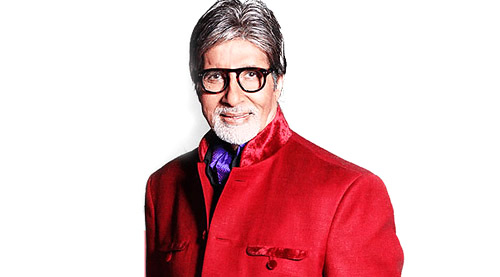 
Kaun Banega Crorepati's Season 8 is off to a flying start with the Narula brothers winning the maha-jackpot prize of Rs 7 crores. How did you react to this unprecedented triumph by your contestants?

It was an incredible moment! Not just for me but for the entire television community the world over. In the history of television in India never has an amount this large ever been won on a show, and I believe it is one of the highest in the entire universe. To witness the intellectual dexterity of the two brothers who came on as the family pair in our 'Jodi Special', their calm and collected knowledge, their fearless attitude to towards the end, and their acumen in having the correct answers right till they won Rs. 7 crores, as they used lifelines not to assist them but to reassure their responses, was an unimaginable feat. A rare occasion indeed!!


How different and familiar does Season 8 feel as compared with the other seasons?

The format of KBC is unchanged by protocol, and it cannot be altered, but it is the worth and value and participation of the contestants that brings variety each year to this show. They are the heart and soul of KBC. It is they that bring in the stories of their struggle, their challenges and their attitude toward it, their determination to bringing a life changing moment, their concerns towards morality and social impurities and of course the joy and happiness in their victories .


Somewhere, KBC has become a rallying point for middleclass dreams. How do as the harbinger of those dreams, react to contestants who go home with money they had never dreamt of.

As I said it is most heartening to witness the boundless joy and happiness the winners express on their winnings! The cheque given to them is a dream-come-true for them. They first begin to count the number of zeros that the amount carries. They have never in their lives ever seen money of this value. Life for them changes within the course of an hour or less. It is quite obviously an unbelievable moment for them.


What goes on in your mind at a moment like this?

For me there is the greatest joy of their accomplishment, not just for the value of the amount they win, but for the many many burdens that they resolve as a result of this achievement.


Looking back to the beginning of KBC, did you ever anticipate this kind of a far-reaching impact for the game show?


Your first fiction show Yudh came and went. What do you feel about the way it was received by the audience?

It did not garner ecstatic TRP's in the country, though on the valuation at IMDB it did hover at 9.3/9.4, which was a huge accomplishment, knowing that some of the biggest shows from across the seas were in close proximity to this figure!

Many of your fans were left underwhelmed by Yudh. Do you feel the serial did justice to your presence and to audiences' expectations?

Yes, they were left underwhelmed, and if they did then quite obviously the justification of my presence in the serial was not to their expectation. We shall learn and move on. But, I have to admit, that the days spent in its making were some of the most wonderful creative moments for me. I loved the concept the atmosphere the intent and the opportunity to be in the company of some very talented people!


You've started shooting for Shoojit Sircar's Piku. What has the experience been like so far?

Yes I have. The atmosphere as per the script, details of which cannot be revealed just yet, has been like any other. Shoojit is a joy to be with and I am very comfortable with him and his crew. Working with artists that I have worked with earlier is a great coming together.


And youâ€™re shooting with Irrfan Khan for the first time.
Irrfan is a first for me, and we have been together on set for just a day. It was a happy joyful moment. We will be together, all of us, for a longer period of time in the days to come and I do look forward to it. He is an artist of great eminence and I have enjoyed many of his superlative works.


Moving to home turf Abhishek has lately given the game of kabbaddi a cool upmarket image.
Yes, Abhishek owns a Kabaddi Team, a team that has won the first Championship of Pro Kabaddi. I am extremely happy for him and proud too in the way he went about encouraging the sport personally and individually.


Do you feel, like we all do, that too much attention is given to cricket in our country?

No... Too much attention is not being given to cricket...!! Not enough attention is being given to other sports!!We are a vast and massive country. We must garner and encourage and be proficient in many sporting events. If we put our hearts and minds and business into them it should never be a problem to pick a team of 11, 7, 5, 4 or 2 players from 1.25 billion, a 6th of the entire population of the world!! Countries the worldover get identified by the sport they excel in. India should be one of them too!!


You are weeks away from your birthday? Your thoughts on turning a year older?