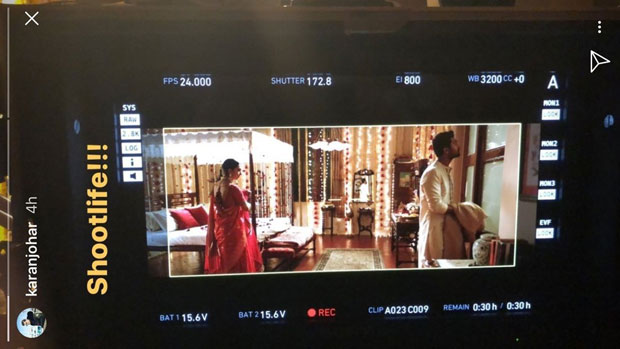 Last month, we had reported that Kiara Advani has been signed opposite Vicky Kaushal for a film to be directed by Karan Johar. The film in question is said to be a part of an anthology that is being created on the lines of Bombay Talkies with the set of the same four directors, namely Zoya Akhtar, Dibakar Banerjee, Anurag Kashyap and Karan Johar.

While it was also revealed that the film will be shot within Mumbai, now it seems that the film has gone on floor with the entire team in place. Recently, actress Kiara Advani shared this Instagram story from the sets of her film that revolves around the theme of ‘Love and Lust’. Also, Karan Johar, who is an active social media user, decided to give us a sneak peek into the sets as he shared pictures with Kayoze Irani and Sharan Sharma who seems to be assisting the filmmaker on the film. 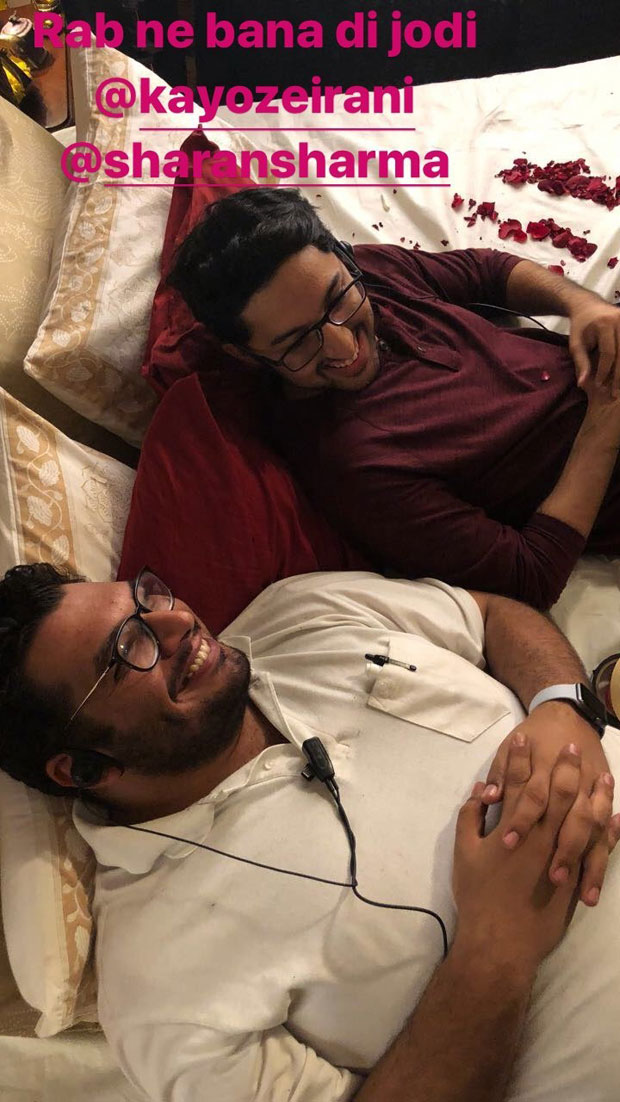 Although we aren’t aware of the details, if the pictures are anything to go by, then we spotted Kiara and Vicky shooting for a wedding sequence together. In fact, in one of the pictures posted by Karan too, the filmmaker not only captioned it as ‘Shaadi’ but the picture also featured the homecoming ritual of a bride post marriage.

Besides Kiara and Vicky, the Karan Johar directorial is also said to star Neha Dhupia in a prominent role but we are yet to receive a glimpse of her avatar from the film. Sources in the past have claimed that the film is an out and out comedy, a genre rarely explored by Johar who is known for intense romance dramas. However, the recently released picture featuring Kiara and Vicky has the two actors showcasing an intense expression. 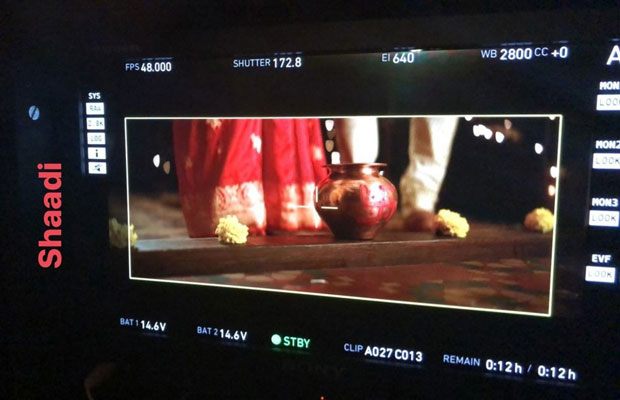 Apart from the Karan Johar directorial, the Dibakar Banerjee, Zoya Akhtar and Anurag Kashyap stories are said to have been wrapped up in the city. The anthology is produced by Ashi Dua and presented by Ronnie Screwvala.